A magic carpet made of steel 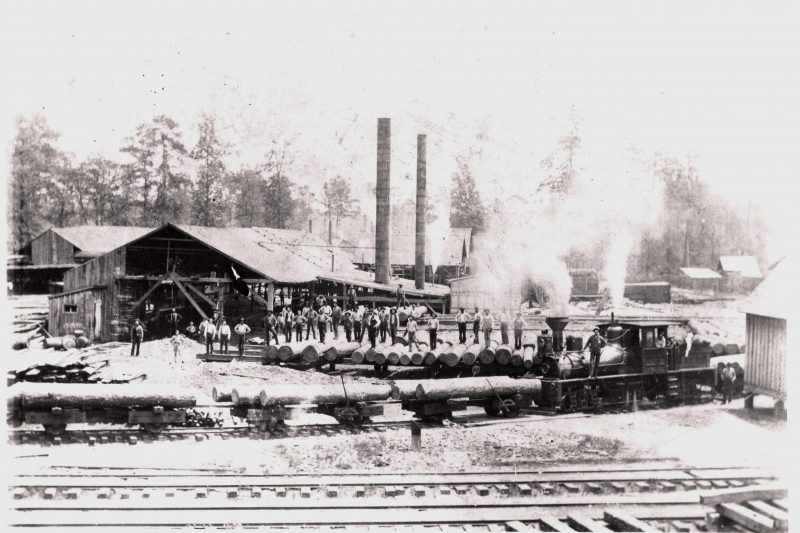 The 1971 ballad “City of New Orleans,” by Steve Goodman, is a nostalgic and bittersweet remembrance of the passing of the era of the railroad. The lyrics describe a trip on the Illinois Central Railroad “City of New Orleans,” a passenger train consisting of “Fifteen cars and fifteen restless riders, three conductors and twenty-five sacks of mail” rolling along a “magic carpet made of steel.”

Magic carpets made of steel would have a significant impact on the early development and history of Chilton County. Not unlike present-day interstate highway systems, railroads were the primary means to transport people and products, an activity that attracted economic development to communities along its path. The first railroad system to be established in the area that would become Chilton County was the Alabama and Tennessee River Railroad. Incorporated in 1848, the line was created to connect the city of Selma to the Tennessee and Coosa Railroad at a point along the Tennessee River.

The section of rail from Plantersville to Montevallo was routed through the small settlement of Cuba, three miles west of Maplesville. To take advantage of the economic opportunities created by this new transportation system, merchants from Maplesville began relocating to sites convenient to the railroad. In time, the town of Maplesville would be reborn along the railway that traversed the eastern section of Bibb County, land that in 1868 would become Baker and, subsequently, Chilton County.

During the American Civil War, the Alabama and Tennessee River Railroad was utilized to transport iron ore from the mineral belt of central Alabama to the Confederate arsenal in Selma to produce munitions and weapons. On April 1, 1865, Union troops under the command of General James Wilson made their way south along the Selma Road that followed the path of the Alabama and Tennessee River Railroad. The purpose of their mission was the destruction of the Selma arsenal. Near the junction of the Selma and Old Maplesville Roads, Wilson’s army engaged the mounted cavalry of General Nathan Bedford Forest. According to the book “Wilson’s Raid” by Russell Blount, Jr., “The ensuing struggle was one of the most vicious hand-to-hand fights between Calvary soldiers during the war.” Known as the Battle of Ebenezer Church, the engagement represents one of the final skirmishes of the American Civil War.

In 1883, Edward Gregory and Richard Coe of Selma recognized economic opportunity created by the presence of the railroad. The business partners purchased 80 acres of land located on the east side of the rail line south of Maplesville and formed the Gregory-Coe Lumber Company. According to A History of Chilton County, produced by the Clanton Study Club, Gregory and Coe “laid out streets for a village and quickly the little town of Stanton came into being.”

The village soon became a station on the Selma, Rome and Dalton Railroad, formerly the Alabama and Tennessee River Railroad, and was named for Assistant Railroad Superintendent Myron Stanton who had been fatally injured in a railroad accident. Edward Gregory, founding partner of the Gregory-Coe Lumber Company would become the first postmaster of Stanton.

Almost two centuries have passed since the first steel rails appeared in the land that would become Chilton County; a period chronicled by a nation divided by civil war; by mill towns that were created, thrived for a time and then seemingly vanished without a trace; and by wagons drawn by horses along rough dirt roads replaced by horseless carriages speeding along four-lane interstate highways. Through it all, the Magic Carpet Made of Steel has endured as a symbol of strength, stability and continuity in a rapidly changing and often chaotic world.