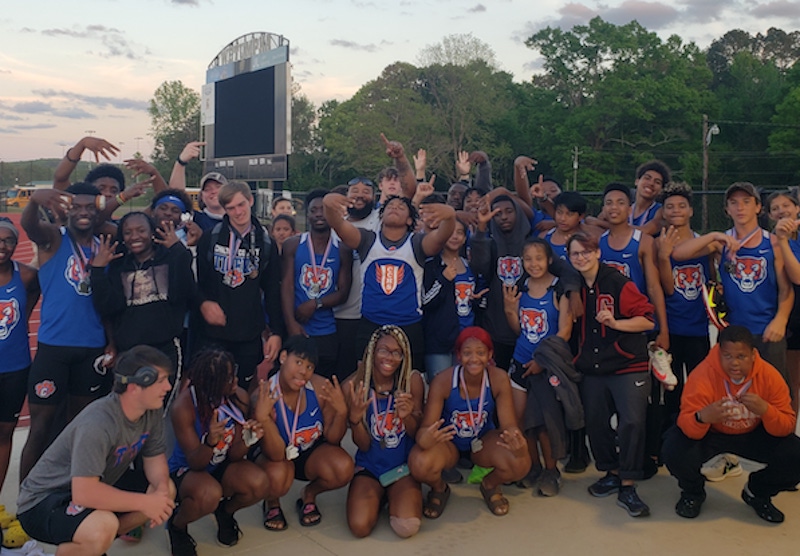 The CCHS track team finished in first place in the Water Under the Bridge Wetumpka track meet on April 9. The team had a first-place finisher in eight different events. (DERRICK GIBSON/ CONTRIBUTED)

The team ended with a total score of 178, 34 more points than any other team at the meet.

Multiple events and medals were won by individuals of the team.

According to CCHS track coach Derrick Gibson, the following runners finished first in their respective events:

There were also second place finishes for the CCHS track team. Both the boys and girls finished in second place in their 4×100 meter dashes. Also finishing second was Daniels in the Boys MS long jump, along with Peake in the Boys 400-meter Dash. The Boys 4×800 team also placed second in its event.