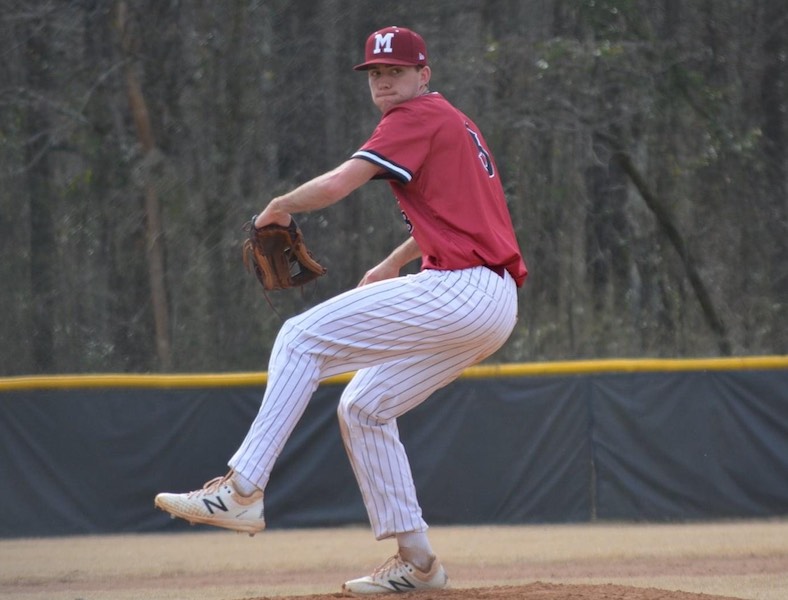 Jackson Abbott is the athlete of the week for the week of April 2-8. He pitched the first perfect game by any pitcher in the county on April 6 in a 14-0 win over Billingsley High School. (FILE)

Abbott threw a perfect game on April 6 in a 14-0 win over Billingsley High School. He threw five innings, giving up zero runs, hits or walks while striking out 11 hitters.

Emma Deason had an excellent week from the pitcher’s mound for the CCHS softball team. Deason won all four of her starts between April 2 and April 8, including throwing three shutouts in the week.

She started the week with a dominant performance over Bibb County High School on April 2, a game where she threw six strikeouts on her way to a 10-0 victory.

Her next outing, on April 3 against American Christian Academy, Deason threw six innings, giving up just four hits and zero walks in a 3-0 win for the Lady Tigers.

Two days later, Deason took the mound again against Calera High School and threw all seven innings in a 9-4 win for CCHS. She gave up just two earned runs off nine hits in the win.

In her final start for the week on April 8, Deason threw a gem of a game against Pelham High School. She gave up just five hits and two walks while striking out eight in a 2-0 win over the Panthers.

For the week, Deason threw a total of 25 innings, giving up a total of four runs in those innings, only two of which were earned, off 23 hits with two walks and 20 strikeouts.