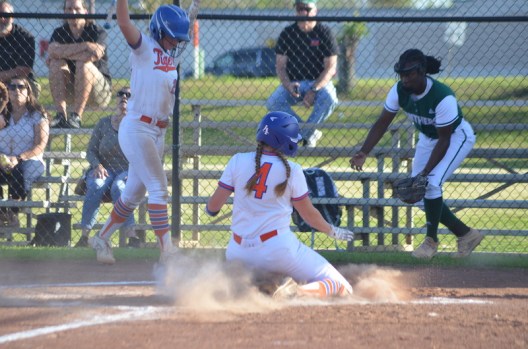 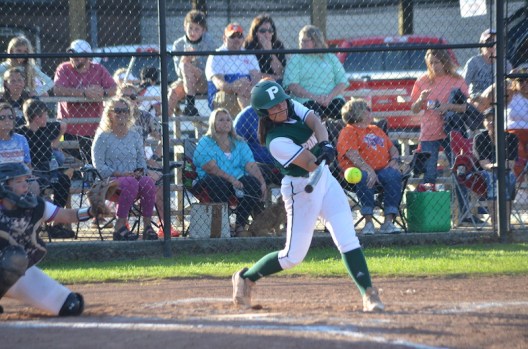 Pelham’s Bella Tatum hits a single in the seventh innings of the Panthers’ loss to CCHS. (ZACHARY SEIFTER/ ADVERTISER) 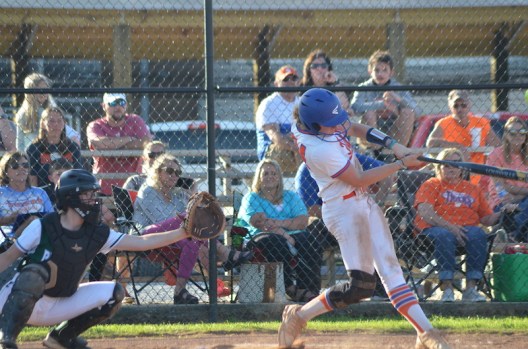 Marlie Giles hits a single in the sixth innings of the Lady Tigers’ win over Pelham. (ZACHARY SEIFTER/ ADVERTISER) 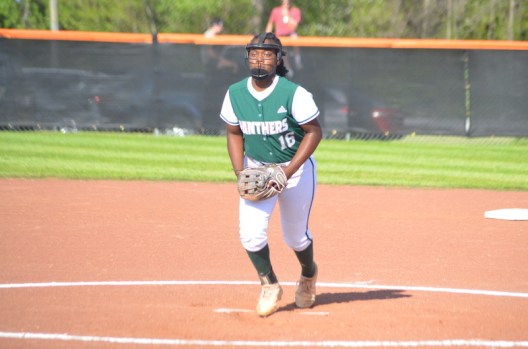 Pelham pitcher Brianna Copeland was excellent in the loss for the Panthers. She threw six innings, giving up just one earned run while striking out 12 hitters, (ZACHARY SEIFTER/ ADVERTISER) 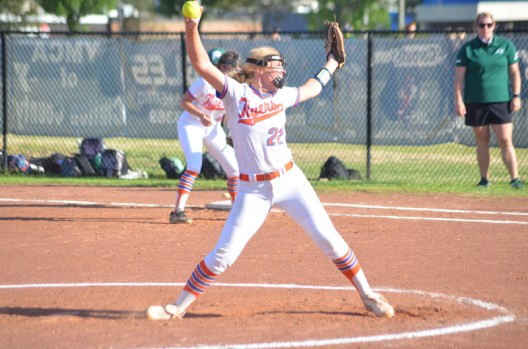 Emma Deason dominated in the win for CCHS. She threw all seven innings, giving up no runs while striking out eight hitters. (ZACHARY SEIFTER/ ADVERTISER)

The Lady Tigers won the contest by a score of 2-0. The game featured a tight pitching duel between Emma Deason and Pelham pitcher Brianna Copeland.

The pitchers gave up a combined 13 base runners and one earned run over 13 innings pitched. However, it was Deason that came out on top, as she threw arguably her best game of the season.

“Emma was on fire,” CCHS assistant coach Johnny Giles said. “Her drop ball was nasty all night. I don’t know how many strikeouts she had, but it was a bunch. Probably her best performance of the year.”

While Deason handled things on the defensive side for the Lady Tigers, CCHS struggled to get much going on offense. Copeland was equally as dominant as Deason, consistently throwing pitches that reached 65 mph. However, the Lady Tigers were finally able to break through in the fourth inning, thanks to some smart coaching from the CCHS staff.

With two outs and a runner on third, the CCHS coaches gambled a bit, calling for hitter Emma Locke to lay down a bunt to try to get the runner home. It worked out as Locke put down a perfect bunt, getting the run home and getting to first base safely.

“I just rolled the dice, hoping the third baseman would make a mistake,” Giles said. “So, we went suicide, and the runner broke on the pitch, and she [Locke] laid down a beautiful bunt, and the third baseman didn’t know what to do, whether to go home or go to first, and it worked out well for us.”

The Lady Tigers added an insurance run in the fifth inning. Macey Pierce hit a sacrifice fly ball to left field to get Jadyn Kurdziel home, giving CCHS a 2-0 advantage. Deason did the rest, finishing off Pelham in the last two innings to secure the win.

“Overall, probably our best performance as a team [all year], with the exception of hitting,” Giles said. “But when you face that kind of pitching, it’s not about hitting, it’s about winning … So, we were really excited to come out with a win.”

For Pelham, Copeland pitched the entire game. She threw six innings, giving up two runs, only one of which was earned, off six hits with no walks and 12 strikeouts.

Deason lead the way for CCHS on the mound, throwing all seven innings, giving up zero runs off just five base hits, also giving up two walks but striking out eight hitters.