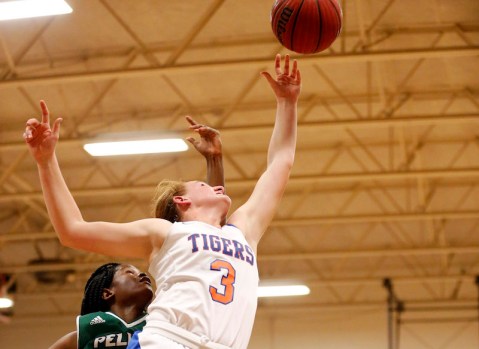 Marlie Giles of CCHS had an amazing season. She averaged 11 points and 14 rebounds per game for the Lady Tigers. (FILE) 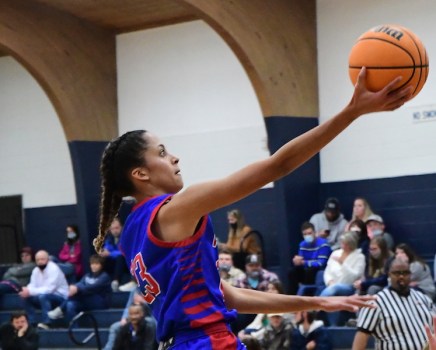 Jasmyn White played a pivotal role in Verbena’s success this year. She averaged 24.4 points per game and 5.8 rebounds per game. (FILE)

Both players have their hard work and dedication to the game of basketball to thank for their success. White herself has seen a lot of growth in her game from years past, according to her coach David Sneed.

“She just has become an all-around really good player and teammate,” Sneed said. “In the past, when she was younger there was more of the ‘me’ attitude. You know, ‘How much can I get? What can I do for me?’ and this year she spread the ball around really well and worked with her teammates and tried to make everyone better on the floor.”

That growth in her game has made White an all-around playmaker. She has become more than just a scorer, instead working hard to make sure her teammates get opportunities to help the team.

“As far as personal growth, I would say my shot has improved,” White said. “Connecting with other players and being able to help other players get points as well [is where I’ve grown].”

White’s growth and improvement helped Verbena win 15 games this year as well as helping them finish second in their area.

Her growth and contribution to her team’s success did not go unnoticed either.

“If I could have any player off any team besides my team I’m picking her [Jasmyn White] 10 out of 10 times,” CCHS head coach Paul Dubose said.

While White is an incredible player, there is another player that Dubose has high praise for, one from his own team. That is Marlie Giles.

Giles, as Dubose puts it, is “the heart and soul” of the CCHS basketball team. Her numbers on the season were excellent as she, as previously mentioned, averaged a double-double for the season. It isn’t the stats that truly make Giles a remarkable player though. It is the heart, grit and passion for which she plays that impresses those around her.

“Everything she does, she does with full commitment, full heart, and she’s one of the most fierce competitors I’ve ever been around,” Dubose said.

That competitive drive is seen in Giles on more than just the basketball court. Along with being a great basketball player, Giles is dominant on the softball field. She has committed to the University of Alabama to play softball.

That love for softball did nothing more than show what kind of player and person she is on the court this past season, however.

With softball season just days away, CCHS prepared to play their last game of the basketball season. Many dual-sport athletes would have just packed it in, especially ones that had softball on their mind. Dubose, however, had a challenge for Giles.

Instead, Giles scored 25 points along with tacking on 20 rebounds. Instead of looking ahead to softball season, Giles, as Dubose put it “left it all on the court.”

That drive and competitiveness not only make Giles a great player, but they also have earned her the respect of the rest of the CCHS basketball team. She is a great teammate and leader. She will be the first person to praise a teammate when they play well but also the first to call them out when they don’t do what they are supposed to. When Giles talks, the team listens. In the end, her teammates mean everything to her, and she will be the first to admit that she would not be the same player without them.

“It would definitely not be possible for me to be named co-player [of the year] without the teammates that I have,” Giles said. “They helped me through the bad days, through the good days and helped me accomplish that goal.”