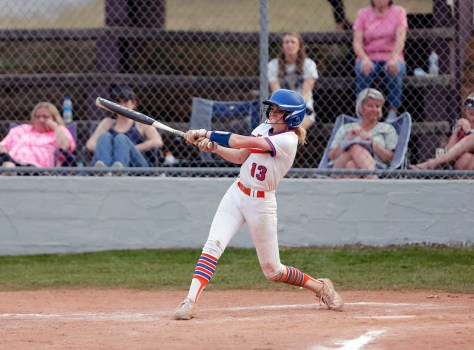 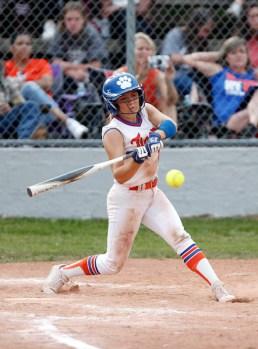 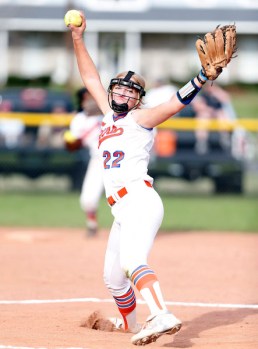 With the 2020-2021 softball season beginning to wind down, the race for area supremacy begins to pick up, making the Chilton County Lady Tigers win over the Calera Eagles on April 5 all the more important.

The victory was far from a sure thing, however, as the Tigers were forced to play from behind early, as a two-run dinger in the top of the first inning off the bat of Calera’s Kendall Douglas put CCHS in an early 2-0 hole.

Finding the strike zone became an issue for Calera in the bottom half of the second inning, as a bases loaded walk by Marlie Giles cut the lead to two, while a sacrifice fly by Ty’eshia Williams brought two runs in, tying the game. Emma Kate Locke gave CCHS its first lead, sending a line drive to left field to score Giles, giving the Tigers a 4-3 lead going into the third inning.

The Eagles were able to answer in the top of the third thanks to an RBI-single by Kaitlyn Mitchell to tie the game. With no answer from the Tigers in the home half of the inning, the score remained at 4-4 as action moved to the top of the fourth.

With Emma Deason and the Tigers defense retiring the Eagles in order through the fourth, CCHS had a chance to reclaim the lead. Singles by Marlie Giles and Locke set up a pair of runs for the Tigers, and a Calera error propelled CCHS to a 6-4 lead.

There was no change in score in the fifth inning or the top of the sixth, but the home half of the sixth saw the Tigers tack on three more. Marlie Giles got the inning started with a single to left with a walk to Williams giving CCHS two runners on with no outs. A fielder’s choice by Locke kept two Tigers on base with a single by Maddie Giles loading the bases for the Tigers. Deason next was hit by a pitch, bringing in one run. Afterwards, a two-RBI single by Jadyn Kurdziel gave the Tigers a 9-4 advantage.

A two-out single by Douglas in the top of the seventh was all the offense Calera could muster in the inning, finishing off a 9-4 win for CCHS over the Eagles.

Harrison led the Eagles at the plate with an RBI on a double and two singles while Madison Holtzophel handled pitching duties for Calera, throwing a complete game while allowing eight earned runs of eight hits with seven walks and five strikeouts.

Deason handled the pitching for CCHS, throwing all seven innings while allowing two earned runs off nine hits with two strikeouts. Locke and Maddie Giles each had a pair of hits for the Tigers with both adding RBI’s.

The Tigers will host the Pelham Panthers on Thursday afternoon at 4:30 in another important area contest.