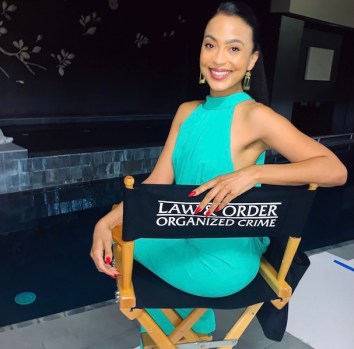 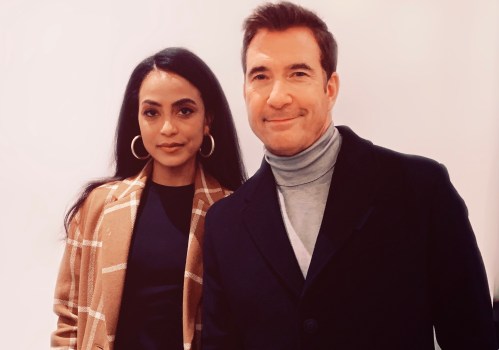 Christina Karis as Dana Wheatley with Dylan McDermott as her father. (KARIS/CONTRIBUTED)

Karis explained that the part is a guest recurring role, meaning “I have a pivotal role in the show, I just might not appear in every episode.”

The first episode her character appears in will air on April 8.

Auditioning for the show was the first audition Karis did in 2021.

Because of COVID-19 social distancing restrictions, the audition was sending in a video, rather than in person. She is now filming the show in New York.

She said being on set “has been a lot of fun.”

“I love playing someone in power and who has a voice and who can make decisions and lead, and I also love the appreciation for black people and African Americans (in the show),” Karis said.

The Wheatley family owns an online pharmaceutical company and is also an “essential crime family,” and the father is training Dana to step into leadership in the family business. Karis said her character is closer to her father than her mother.

“Working with Dylan McDermott and Tamara Taylor, they play my parents … has been beautiful because they’ve been in Hollywood for 20 years, so when I go to work, I am not just working I am learning,” Karis said. “It has just been a beautiful experience.”

It has also been good to get back to working in a group rather than having to stay home because of the pandemic.

“In high school, no one else that I knew wanted to do this,” Karis said. “… I had a dream, but I was actually too embarrassed to talk it about because I was like, ‘Everyone wants to be a doctor or a teacher and I want to be this actress.’ I knew it was possible, but I was really shy to admit my dream.”

While attending Alabama State University, Karis “saw these kids from all across the nation who had the same dream,” and changed her major to theater.

She has enjoyed being able to “live a life of adventure” in her acting career.

“Every new project, every new movie … is a completely new experience with new people, new stories, a new city, so it’s a life of adventure and learning,” Karis said. “I have always been a student at heart, so it’s like I’m a student of life.”

She also enjoys that the stories she is a part of will continue to impact people even beyond her lifetime.

Waiting is a challenging aspect of an acting career.

She said it takes continued persistence and faith that the hard work will pay off.