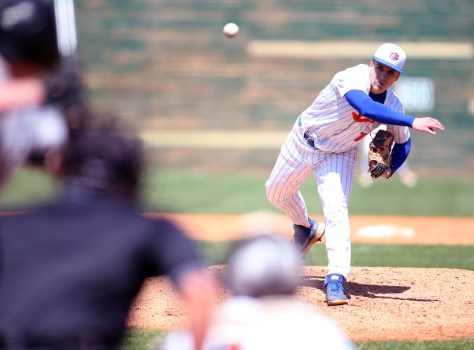 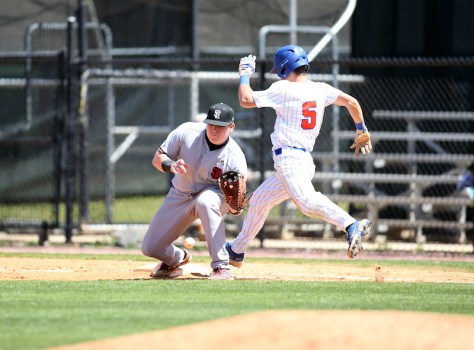 Tigers’ Eian Headley beats out a throw at first base. (BRANDON SUMRALL/ SPECIAL) 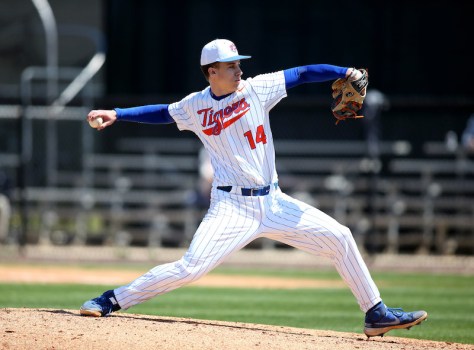 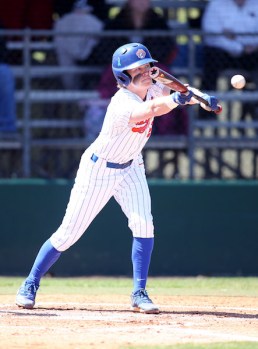 The Chilton County High School Varsity baseball team took a heavy blow on the afternoon of April 3 as the visiting Stanhope Elmore Mustangs knocked off the Tigers 15-2.

The CCHS defense and starting pitcher Aiden Bee started the game strong by retiring the Mustangs in order in the top of the first. Meanwhile the home half of the inning saw the Tigers pick up the first run of the game thanks to a lead-off single by Sam Smith that set up an RBI-single by Eian Headley to give the Tigers an early 1-0 lead.

Both teams strand runners in the second inning, producing no runs as the score remained 1-0 in favor of the Tigers.

A one-out double by Chase Eddings in the top of the third set up an RBI-single by Connor Gregg to tie the game at one, however, the Tigers answered with a run of their own in the bottom half of the inning thanks to an RBI-single by Dylan Cullum to give CCHS back the lead.

A one-out single by Caleb Rohrbach in the top of the fourth set the Mustangs up for more runs as Reggie Duncan, pinch-running for Rohrbach, later scored on a passed ball to tie the game.

After the Tigers went quietly through the fourth, the top of the fifth was where things began to unravel for the home team.

A lead-off walk by Chase Williams set up an RBI-single by Cody Simmons while a pair of deep fly balls put two outs on the inning, the Mustangs however were far from done. A pair of walks followed, along with a CCHS pitching change that proceeded a base-clearing single by Rohrbach that gave the Mustangs a 6-2 lead. Duncan, once again pinch-running for Rohrbach, came across the plate before the end of the inning to give the Mustangs a 7-2 lead after five innings.

A single by Eian Miller in the top of the fifth did little to help the Tigers’ cause, while the bottom half of the inning saw Stanhope pull further out in front. RBI’s by Eddings, Gregg, Colin Woodham, Rohrbach, and Colton Walls propelled the Mustangs to an eight-run inning to increase the lead to 15-2.

With the Tigers facing the ten-run mercy rule after five innings of play, a three up and three down inning brought the game to a close, securing the 15-2 win for the visiting Mustangs.

Cole Freeman pitched a complete game for Stanhope, allowing two earned runs off six hits with two walks and four strikeouts. Rohrbach led the Mustangs at the plate with a 2-for-2 performance and four RBI’s.

Bee led the Tigers on the mound, throwing four and two third innings, allowing five earned runs off four hits with four walks and four strikeouts. Headley led CCHS at the plate with a pair of singles and an RBI.