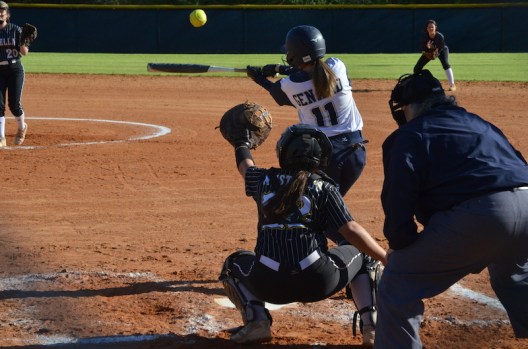 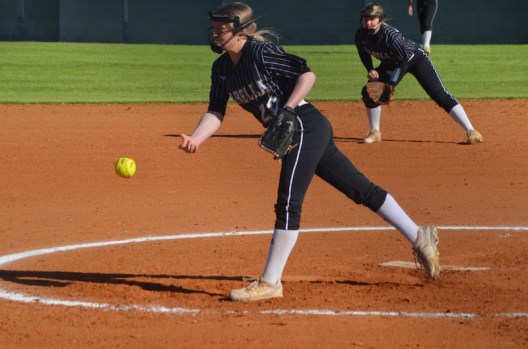 Madelyn Ratliff pitched all five innings in the Mustangs loss. She gave up only four earned runs off nine hits. (ZACHARY SEIFTER/ ADVERTISER) 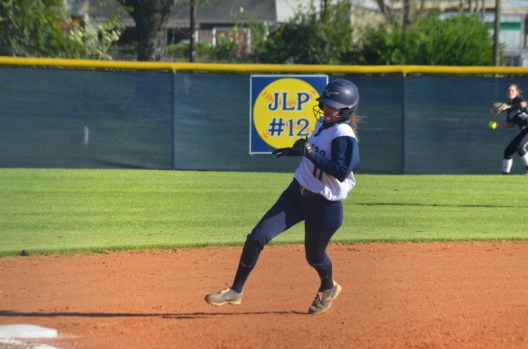 Harley Genard rounds third base on her way to a Jemison run. (ZACHARY SEIFTER/ ADVERTISER) 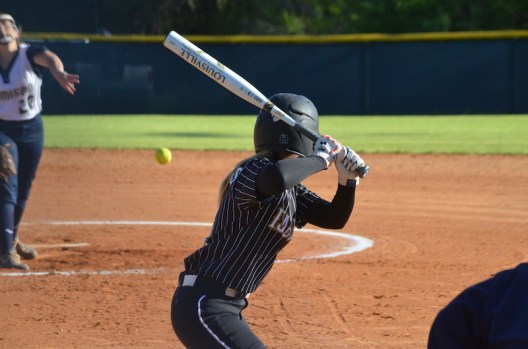 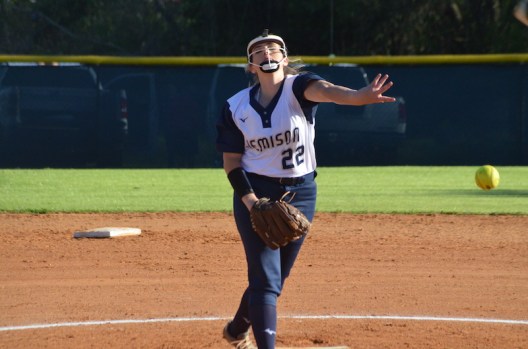 Kinley Bolton pitched an excellent game for Jemison. She gave up just three hits and no runs in the shutout victory for the Panthers. (ZACHARY SEIFTER/ ADVERTISER)

The Jemison High School softball team beat Isabella High School on April 1 by a score of 10-0.

The Panthers captured the win over the Mustangs thanks to a lead captured in the early portion of the game as well as a stellar pitching performance from Kinley Bolton.

Jemison wasted no time getting things going in the first inning. After Bolton threw three straight strikeouts to retire the side in the top of the first, leaving two Isabella runners on base, Kinsley Martin got on base by a hit by pitch to start the bottom of the inning. After getting to third on a single by Bolton, Martin scored on a wild pitch by Madelyn Ratliff. Soon after, Makayla Lang got Kaylin Woodall home on a sacrifice bunt to give Jemison an early 2-0 advantage.

Neither team added to the scoreboard in the second, but Jemison’s bats got going once again in the third. Martin opened the bottom of the inning with a lead-off home run to extend Jemison’s lead to 3-0. Two more runs were added before the end of the inning, as Makalah Skinner brought in Sarah Hubbard on an RBI-double. Skinner was later brought home on a ground ball by Rilee Martin, giving Jemison a 5-0 advantage going into the fourth inning.

Bolton continued her dominant pitching performance in the fourth inning, going three up and three down, striking out two Isabella hitters in the process.

The bottom of the fourth meanwhile proved to be the most productive inning of the game for Jemison’s offense. The Panthers tallied four more runs on Isabella in the inning. Two errors by the Mustangs defense, and a stretch of five straight hitters reaching base was enough to get the Panthers lead to nine. Skinner and Rilee Martin added to their RBI total in the inning on RBI-singles.

Bolton ran through the three hitters she faced in the top of the fifth, striking out Kelsey Cox, Kenzie Williams and Cadence Headley to set her team up with a chance to win in the bottom of the fifth. Her team did not disappoint either. Two errors by Isabella set Jemison up with runners on first and second with Woodall at the plate. Woodall hit a line drive to third base and the ball was mishandled by Cox, allowing Harley Genard to cross the plate for the game-ending run for Jemison.

Bolton threw a gem of a game for the Panthers. She pitched all five innings, giving up zero runs off three hits with no walks and 11 strikeouts.

On the offensive side for Jemison, Skinner was a force to be reckoned with, hitting 3-for-3 with two RBI’s.

For Isabella, Ratliff pitched the entire game. In five innings pitched, she gave up 10 total runs, only four of which were earned, off nine hits with two walks and two strikeouts.

Amelia Fjelstad led the Mustangs offense, hitting 2-for-2 in the game.