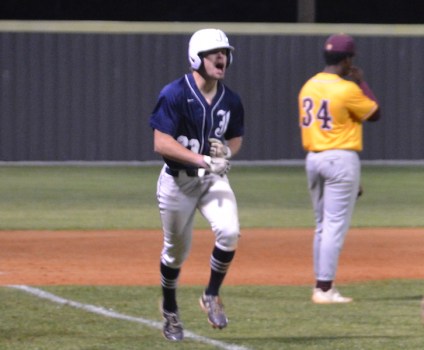 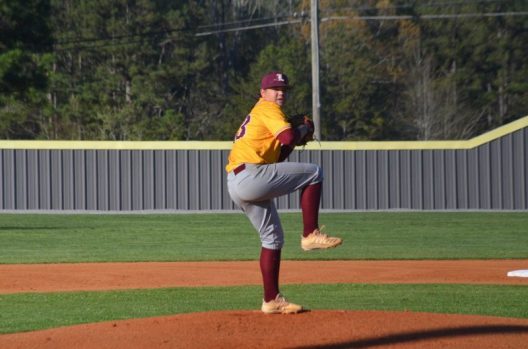 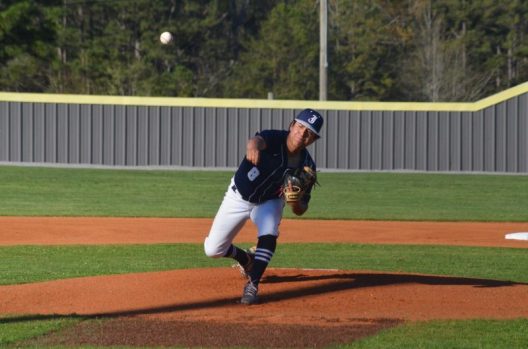 Fernando Prado started the game for the Panthers, throwing three innings while giving up no runs. (ZACHARY SEIFTER/ ADVERTISER) 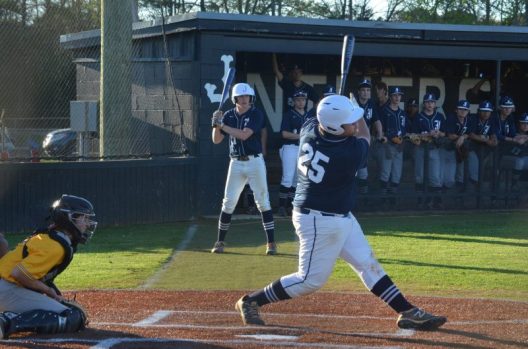 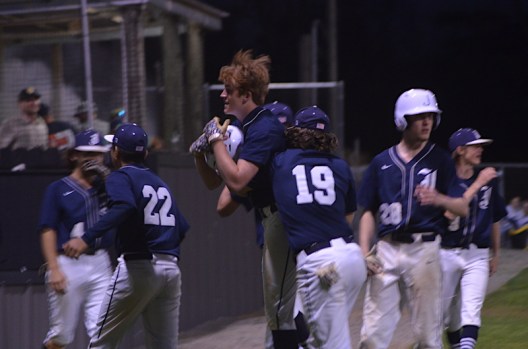 The Jemison High School Panthers baseball team beat the Loveless Academic Magnet Program Tigers on March 29 by a score of 4-3.

The back-and-forth contest saw three lead changes in each of the last two innings, with Hayden Robinson finishing the win off with a walk-off single in the bottom of the seventh.

The game began as a low-scoring pitching duel. Jemison’s Fernando Prado and Loveless Academic Magnet Program’s Will Romanowski kept the game scoreless through two innings, with Romanowski not giving up a single hit.

The Tigers pulled Romanowski in the third, however, and the Panthers did not miss the opportunity to get after the Tigers’ bullpen.

Guyton Pace began the bottom of the third with a lead-off double and was soon moved to third on a bunt by Tucker Bean. Pace made it across home plate on a groundout by Austin Wyatt, giving Jemison its first lead.

The one run for the Panthers would be all that either team would see for the next two innings. The action picked up in the sixth inning, however.

Hunter Baker began the inning on the mound for Jemison. After pitching two stellar innings prior, he struggled to start the sixth. He sandwiched a strikeout with two walks in the inning before being pulled in favor of Gaven Smitherman.

The first hitter Smitherman faced was Harrison Turner. Turner grounded a pitch to Robinson at third base. Robinson bobbled to ball at first, but looked to tag out Landen Lockwood, who was advancing to third. However, officials ruled Lockwood safe, giving the Tigers loaded bases, causing an eruption from the Jemison dugout.

Then, Andrew Lutz bunted the ball down the first base line and reached first safely, scoring Lockwood to tie up the game. However, it appeared that Lutz ran outside of the baseline which would have resulted in him being called out. After a quick conference from the umpires, Lutz too was ruled safe, once again causing the Jemison bench to erupt.

“They were a little fired up,” Jemison coach Jason Easterling said of the team after the two possible missed calls.

The next at-bat, Romanowski brought Joshua Donaldson home on an RBI-single to give the Tigers their first lead of the game. Turner later stole home to add another run, giving the Tigers a 3-1 lead entering the bottom of the sixth.

The home half of the sixth inning saw a big response from Jemison. Ryan Harris reached first on a strike three that was a wild pitch to start the inning, followed by a fielder’s choice by Nathan Johns. Johns got across the plate after a walk by Baker and an RBI-double by Prado, cutting Jemison’s deficit to one. Baker attempted to score on the double, but was tagged out at home. Prado was able to reach third base on the play, though.

It looked like the inning would come to an end with Jemison still behind as Prado took too large of a lead-off from third base, causing a throw to third from the Tigers’ catcher to get Prado caught in between the bases. An errant throw back home, however, allowed Prado to cross home plate safely, tying the game for Jemison. That was all they would get in the sixth.

In the seventh, Smitherman was back on the mound for the Panthers. With his team now carrying momentum from tying the game, he gave up just one walk but no runs while striking out two hitters to keep the game tied going into the bottom of the seventh.

Jemison wasted no time getting runners on base to start the bottom half of the inning. Singles by Bean and Wyatt, along with an intentional walk to Smitherman loaded the bases for Jemison with no outs. With his team yelling and cheering around him, Robinson smashed a pitch from Donaldson to deep left-center field, to bring in Hayden Newman, who was pinch running for Bean, to win the game for Jemison, 4-3.

“They’re fighters,” Easterling said of his team after the win. “They’re going to fight until the end. No matter the outcome, they’re always going to fight.”

Along with Robinson, the Prados were big leaders in that fight, with Fernando pitching three innings, giving up zero runs off four hits with one walk and two strikeouts. Jesse Prado went 1-for-2 from the batter’s box with an RBI and a walk. Smitherman was the winning pitcher, throwing one and two third innings, giving up one earned run off one hit with two walks and three strikeouts.