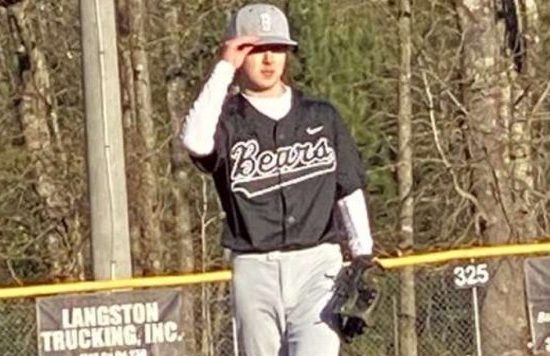 Billingsley’s Shane Shirah is the athlete of the week for the week of March 19-25. He threw a no-hitter over Loachaoka High School on March 24. (JEFFREY ALEXANDER/ CONTRIBUTED)

A no-hitter is a rare treat that comes along very few times in the game of baseball. Only so many times a season do players and teams get the chance to enjoy a spectacular show of pitching and defense that completely shut down an opponent.

“I’ve been coaching for 10 years, and this is the first time I’ve been part of a no-hitter,” Billingsley head coach Jeffrey Alexander said. “So, it’s special on my part, but I’m proud for Shane and the team.”

In the five innings Shirah pitched, along with allowing no hits or walks, he struck out six batters in the game.

“He was on point,” Alexander said. “He was throwing a lot of strikes. I mean, he threw 57 pitches in five innings. That’s a little over 10 pitches an inning.”

While Shirah was dominant from the mound, he was equally as impressive on offense for the Bears. He went 3-for-4 with a double and three RBI’s, leading an offense that scored nine runs in the second inning on the way to a 12-run game.

“Overall, this was our best hitting game of the season,” Alexander said.

Also impressive in the win were Devin Blackmon and Turner Motley. Blackmon went 2-for-3 with a pair of RBIs in the game while Motley went a perfect 2-for-2 with an RBI, also drawing a walk in the game.