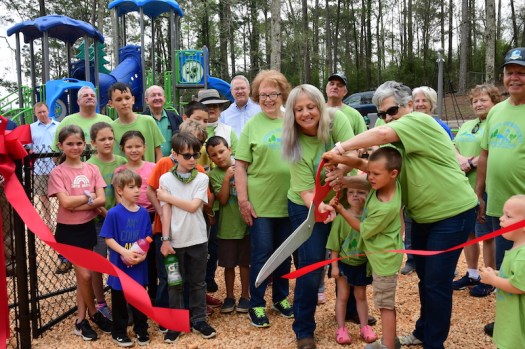 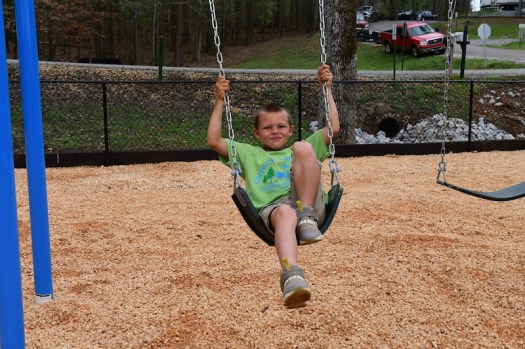 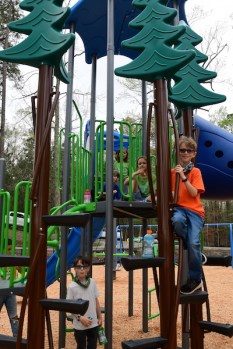 Children enjoy snacks provided at the event while checking out the new equipment. 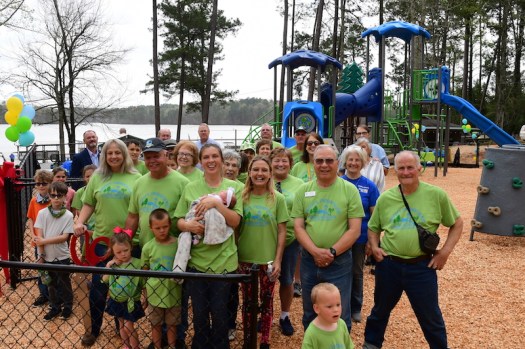 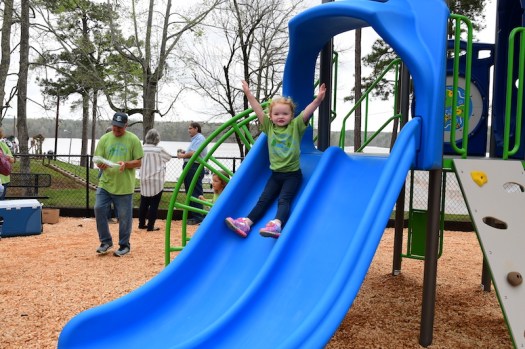 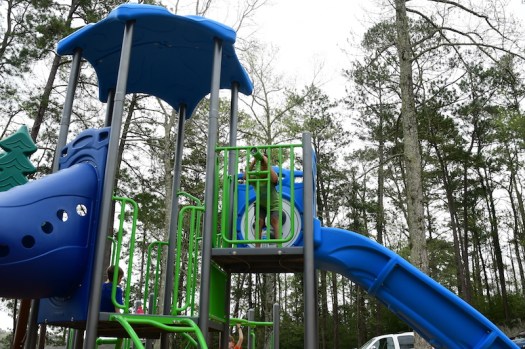 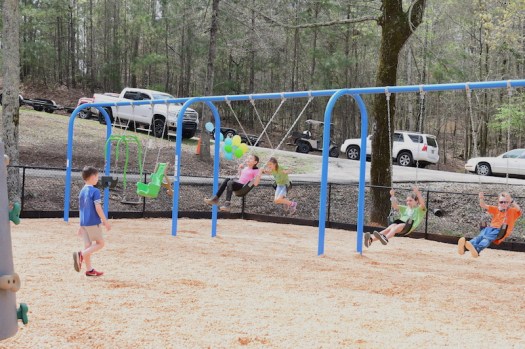 An opening ceremony attendee tests out the new spyglass. 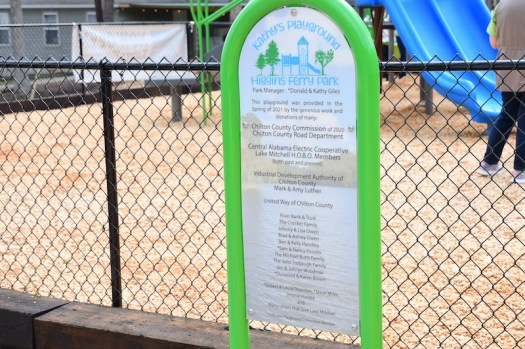 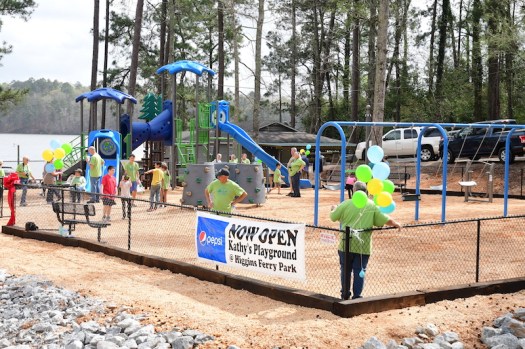 The new playground has been named Kathy’s Playground in honor of Kathy Giles. 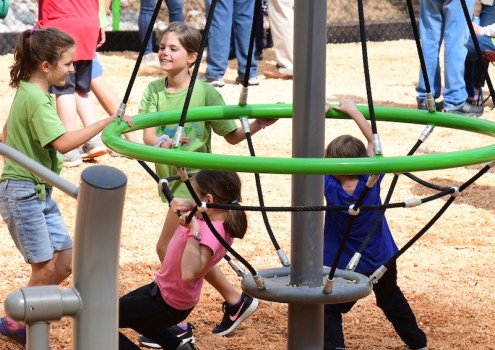 Excitement was in the air at Higgins Ferry Park on March 27 as community members gathered to celebrate the official opening of the new playground.

The project was the culmination of months of work and numerous donations organized by a committee of Chilton County residents who wanted the park to have an updated, safer place for children to play.

“This is such a great moment,” committee member Durwood Brown said during the ceremony. “We are so proud for our community and for our county and even for Central Alabama.”

The play area has been named Kathy’s Playground, after Park Ranger Donald Giles’s wife Kathy for her work on the project.

Brown said the name was chosen at a meeting the Giles couple was unable to attend.

Seeing the completed project “was more gratifying than I can explain” for Brown.

He said the project was a good opportunity for the committee members to be “a part of something bigger than ourselves.”

Companies, utility companies, government boards and community families all gave toward the project. The donation account set up for the project received about $50,000, according to Brown.

Many of the major contributors to the playground are recognized with a plaque near the gate.

The Chilton County Road Department also did the dirt and rock work needed for the project.

During the ceremony, Commission chair Joseph Parnell highlighted that the playground will benefit children all over the county, not just those who live on the lake.

Commissioner Jimmie Hardee spoke about the passion of the committee and commended the Giles couple on their work in making the park better for everyone. Kathy Giles said they want to “see the park continue to grow” and thanked the Commission for its support.

Donald Giles estimates 30-40 children will use the playground on an average weekend.

The playground committee had its first meeting in August 2020.

“A few months before that two ladies go together, Kathy Giles … and Nancy Piccolo,” Brown said. “Nancy Piccolo being a long-time Lake Mitchell resident, and Kathy Giles being a newcomer being the park ranger’s wife.”

Piccolo wanted to see improvements to the park, and Kathy Giles recommended replacing the playground as something that needed to be done.

The playground was wood and metal, built in the ’90s and was, as Brown described it “unimaginative.”

The project was given the green light to proceed by the Chilton County Commission with some funds to get started at an October meeting.