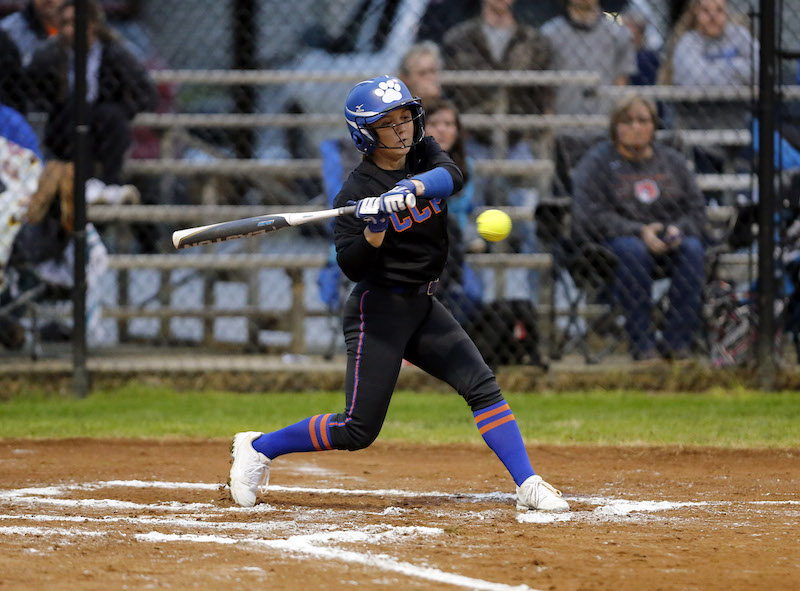 The CCHS Lady Tigers offense was outstanding on March 23, scoring a combined 18 runs in two games against West Side High School and Hayden High School. (FILE)

The Chilton County High School Lady Tigers softball team won both of its early games in the second day of the Gulf Shores Softball Tournament on March 23.

While the two games ended in victory for CCHS, the path to victory was very different in each.

The first win, an 8-0 blowout over West Side High School, featured dominance from all aspects for CCHS. Pitchers Emma Deason, Mallie Harrison and Raygen Linville combined to throw a two-hit shutout in five innings.

On offense, the Lady Tigers managed to put eight runs on the board in the first two innings, thanks in part to a six-run second inning that saw CCHS get five straight base hits.

That would be all the offense for the game for both teams though, and the 8-0 score would hold until the end of the game.

The second game of the day for CCHS was much closer, with a much more thrilling ending.

The Lady Tigers faced off against Hayden High School, and it was a slugfest from the start. Both teams traded blows in the first two innings, each scoring a total of five runs.

The back-and-forth action continued with each team scoring four more runs over the next three innings, sending the game into an extra sixth inning at a 9-9 tie.

Deason got the job done in the top of the inning, forcing Hayden’s offense to go three up, three down, giving the Lady Tigers a chance to finish off the win in the bottom of the inning.

With Emma Kate Locke starting the extra inning on second base, Deason laid down a sacrifice bunt that got Locke to third base, with Deason reaching first on a Hayden error. After Maddie Giles popped out and Anna Burnette reached base, the game came down to Josie Cornell, and she delivered with a sacrifice fly that got Locke home and won the game for the Lady Tigers 10-9.

Deason was the only CCHS pitcher to throw both games. She threw just two innings in the first win, giving up zero hits, runs or walks while striking out two batters. In the second game, she threw all six innings, giving up eight runs, only one of which was earned, off five hits with three walks and four strikeouts.

Marlie Giles led the CCHS offense in both games, hitting a combined 5-for-6 with five RBI’s, one walk and two home runs. Ty’eisha Williams also had a good day in the batter’s box, hitting 3-for-7 with four RBI’s combined in the two games.