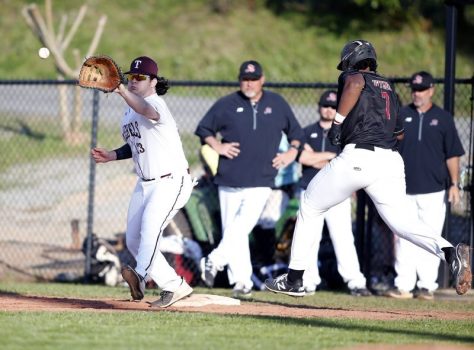 Thorsby's Noah Littlejohn receives a throw at first for an out in the top of the seventh. (BRANDON SUMRALL/ SPECIAL) 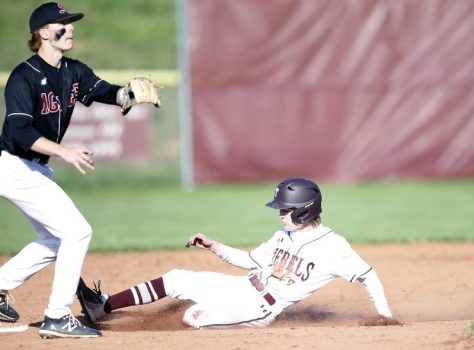 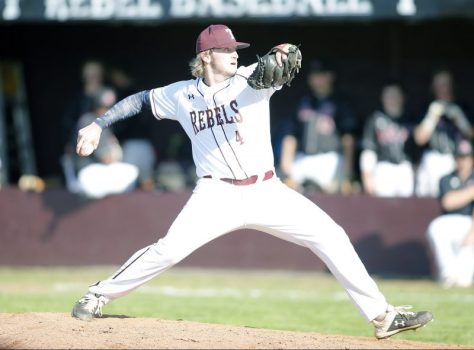 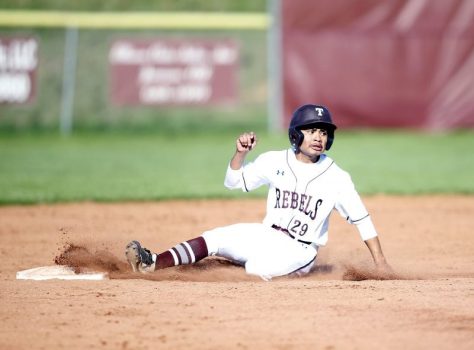 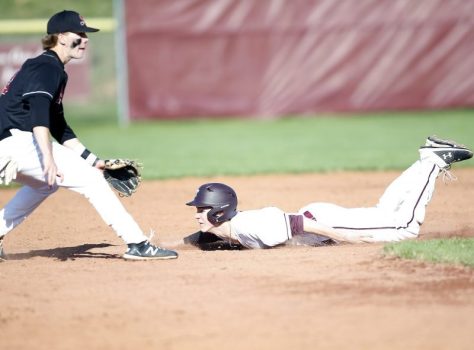 The Thorsby Rebels baseball team beat the Sylacauga Aggies 9-5 in a March 20 matinee game where errors were aplenty between both squads.

The Aggies started the game fast, getting on the board early as a lead-off error by Thorsby set up an RBI single by Brodie Hammonds. Hammonds later scored on another Thorsby error, giving the Aggies an early 2-0 lead.

In the bottom of the first, a lead-off single by Chandler Stephens along with a two-out single by Noah Littlejohn did little to help Thorsby, as the Rebels failed to bring any runs home, keeping the score at 2-0 with action moving to the top of the second.

No additional run support came for Sylacauga during the top half of the third, giving Thorsby a chance to lessen the deficit. The Rebels took advantage, putting up their first runs of the game. A single by Payton Cole and a hit by pitch to Luke Davis set up a two-out RBI single by Stephens that knotted the score at 2-2.

The tie was short-lived however, as another Thorsby error in the top of the third cost the Rebels another run, putting Sylacauga back out in front by one. The error bug bit the Aggies in the bottom of third though, as another Sylacauga mistake allowed Noah Littlejohn to cross the plate, once again tying the game, this time 3-3.

Finding the strike zone was an issue for Thorsby in the top of the fourth inning as a pair of bases-loaded walks to Riley Basinger and Brodie Hammonds accounted for two more Sylacauga runs, putting the Aggies up 5-3. Davis started the home half of the inning with a lead-off walk while Gonzalez followed with a single. An RBI single by Cristobol Sanchez, and a bases-loaded walk to Tanner Jones was followed by another error by the Aggies, giving the Rebels three runs on the inning and a 6-5 lead.

The fifth inning of the matchup came and went with no change in the score, as did the top of the sixth before the Rebels got the bats going once again in the bottom of the sixth. Jones began a two-out rally with a double, followed by Littlejohn reaching base after being hit by a pitch. An Aggies error off the bat of Edwards allowed Jones to score, while an RBI single by Remington Taylor and a bases loaded walk to Davis made it a 9-5 Thorsby lead.

A one-out walk to Christian Walker in the top of the seventh inning was all the offense the Aggies could manage in the inning, giving Rebels a 9-5 victory of Sylacauga.

Jones got the start on the mound for Thorsby, throwing five innings, allowing two earned runs with eight strikeouts and five walks. Stephens led the Rebels at the plate with a 2-for-4 performance with a pair of singles and two RBI’s.