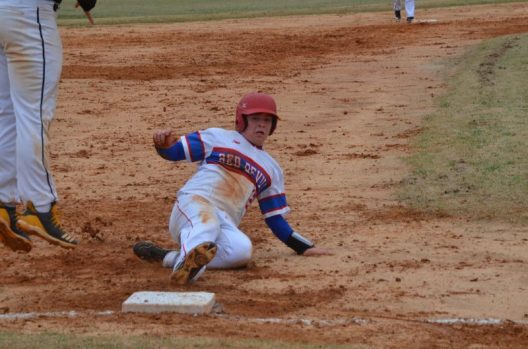 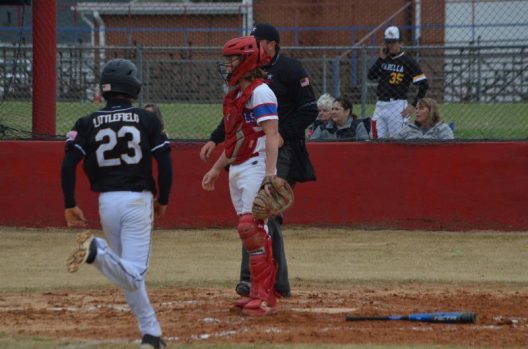 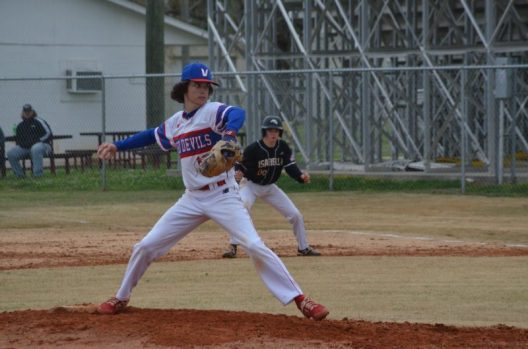 Jonathon Marino started the game for Verbena, throwing two and two thirds innings. He gave up 11 runs, only four of which were earned, off eight hits, also giving up five walks while striking out five batters. (ZACHARY SEIFTER/ ADVERTISER) 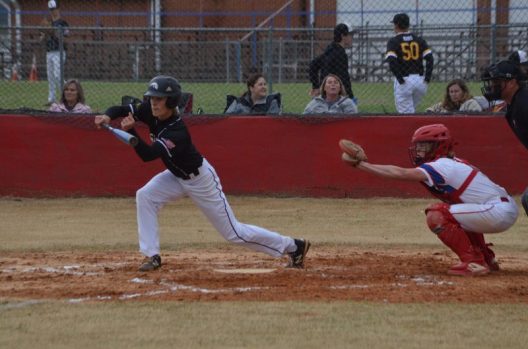 The Isabella Mustangs baseball team beat the Verbena Red Devils on March 19 by a score of 21-17.

The game featured plenty of offense, but little defense and pitching as the two teams combined for 38 total runs, 21 of which came in the first three innings.

Isabella took charge early, putting up 10 runs in the first two innings. Zach Chapman and Falcon Fowler drove in runs with their RBI doubles in the first, while Elijah Littlefield had a triple in the second that brought home three runners.

Going into the bottom of the second, Isabella carried a 10-3 lead.

Verbena’s offense kept the team in the game though, as they put up seven runs in the second and third innings. The Red Devils showed a lot of patience at the plate, drawing four walks total in the two innings, including an RBI walk by Jarod Quinn. The Red Devils also benefitted from some errant plays by the Mustangs defense as two errors in the innings brought home three different Verbena runners, Ethan Dopson, Quinn and Jonathon Marino. With Verbena’s pitching and defense finally making some plays in the top of the third, giving up only one run, the Red Devils went into the fourth inning down 11-10.

The next three innings saw the two teams trade blows, as each managed five total runs through the fourth, fifth and sixth. Going into the final innings, Isabella carried a slim 16-15 edge.

That proved to be enough, as Verbena managed just two runs in their half of the seventh. The runs came in off an RBI double by Marino and a wild pitch by Jones, who was pitching for Isabella, that brought in Nathaniel Morris for the game’s final run.

Fowler led the way in Isabella’s victory, hitting 4-for-5 with four RBI’s and a walk. Conway and Littlefield also had big days at the plate, each hitting 3-for-5 with three RBI’s.

For Verbena, the offense was led by Quinn as he went 3-for-5 at the plate, bringing in three runs and drawing a walk once. Marino also had an excellent game, going 4-for-6, racking up two RBI’s of his own.