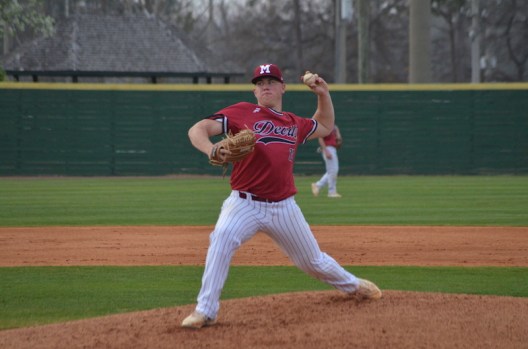 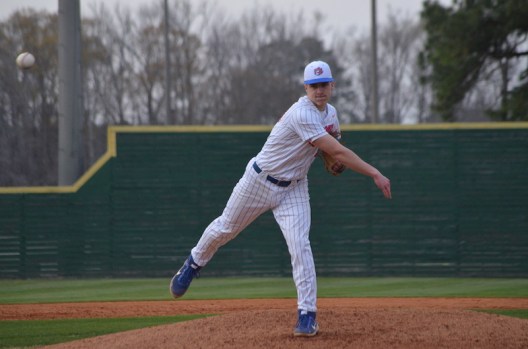 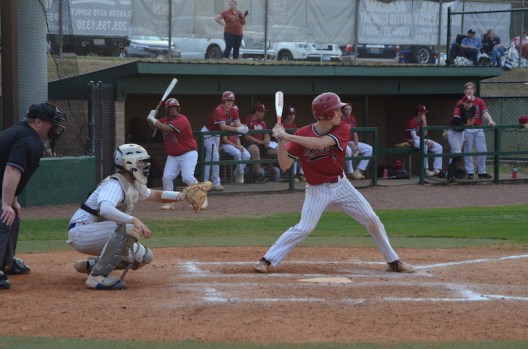 Jacob Hollis awaits a pitch in the loss to CCHS. (ZACHARY SEIFTER ADVERTISER) 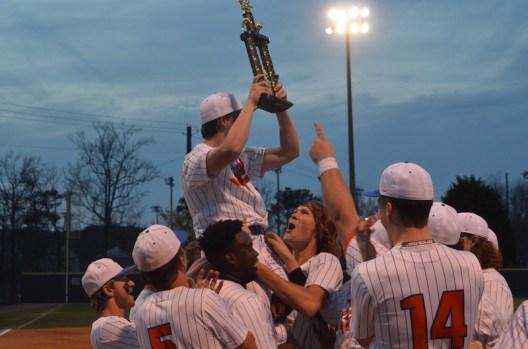 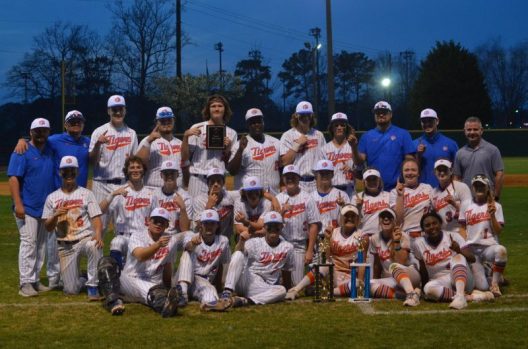 The CCHS baseball and softball teams pose together for a group photo after both teams won their county championship on March 13. (ZACHARY SEIFTER/ ADVERTISER)

The Tigers offense came out hot scoring three runs apiece in the first two innings, building a 6-0 lead, and they never slowed down from there. Poor pitching from Maplesville was the theme of the day though, as the Red Devils pitchers struggled to find the strike zone the whole game.

The 16 runs for CCHS came off just seven hits. Maplesville’s four pitchers for the day combined to give up nine walks, while hitting an additional eight batters.

“Unfortunately, we didn’t throw strikes like we had planned,” Maplesville head coach Justin Little said. “You know, I think that’s where it starts. If we don’t throw strikes, you’re going to be in trouble no matter who you play.”

While Maplesville’s pitchers struggled to find the strike zone, CCHS had no such problems. Tigers starting pitcher Aiden Bee threw an excellent game, giving up zero runs off three hits with two walks and seven strikeouts in four innings played. Lane Bice stepped in to finish the job in the fifth inning, giving up two runs off two hits with three walks and a strikeout in his relief appearance.

For CCHS, the dominant victory was a complete team effort. Excellent pitching plus patience at the plate, combined with some timely hits made for a happy head coach after the game.

“You know, our pitching has been a staple of our team this year,” CCHS head coach Ryan Ellison said. “We’ve had really good starting pitching that’s carried us deep in games. Our defense has been pretty solid for the most part, … our hitting, we’ve been waiting to break out.  We get on base, we find ways on [but] we’ve been missing that one hit every now and then and I think today we had a couple of those break through and you saw that on the scoreboard.”

Both teams won’t have much time to dwell on the result of the championship game as area-play begins for each team on March 16. For now though, CCHS will enjoy the victory.

“The county championship is a goal of ours, but our ultimate goal right now is to win our second season, and that’s the area championship,” Ellison said. “We start area-play on Tuesday so we’re going to enjoy this thing tomorrow and then when we come back Monday, it’s ready for area-play.”