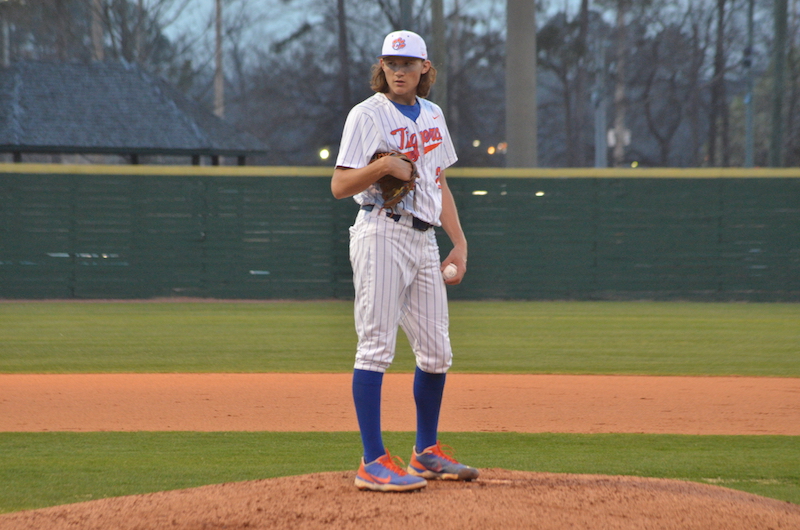 Pico Kohn only played one game in the week of March 5-12, but it was a dominant performance against Thorsby high school. Kohn threw a no-hitter in the CCHS win, striking out 15 batters in the process. (FILE)

This week’s athlete of the week is Chilton County High School pitcher Pico Kohn. The stud starting pitcher for the Tigers only played one game from March 5-12, but it was more than enough to earn him the player of the week.

Kohn threw all seven innings in a 2-0 CCHS victory over Thorsby High School on March 11 in the first round of the Chilton County baseball tournament.

He threw a no-hitter in the game while giving up just two walks in the outing. He struck out a whopping 15 batters in helping the Tigers advance to the second round.

Like Kohn, Harrison had a superb week from the pitcher’s mound from March 5-12. Harrison started the week by throwing a six-inning no-hitter herself in a 12-0 victory for CCHS over Horseshoe Bend on March 5. Harrison walked just two hitters in the game while striking out three.

Harrison won another start later in the week against Pelham, pitching five innings while giving up four runs, only one of which was earned, while giving up just six hits and two walks in a 10-4 win for the Lady Tigers.

Harrison pitched one more time during the week, this time in relief for Emma Deason in a 4-2 loss to Helena on March 11. Harrison threw just two innings, but she didn’t give up a run or even a hit in the appearance, only two walks.