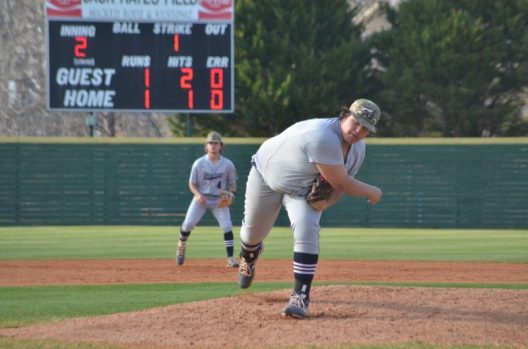 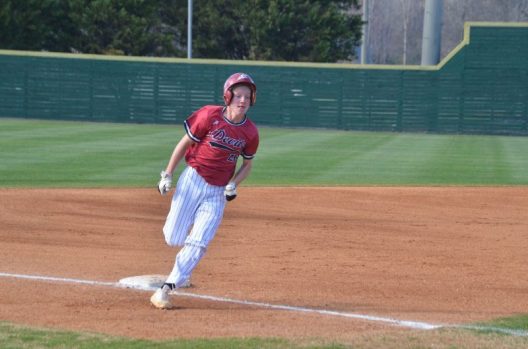 Bradlee Padgett rounds third base on his way to a Maplesville run. (ZACHARY SEIFTER/ ADVERTISER) 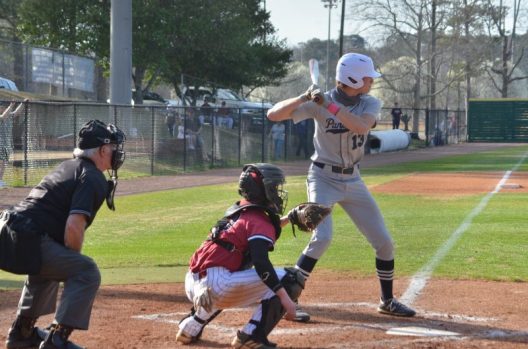 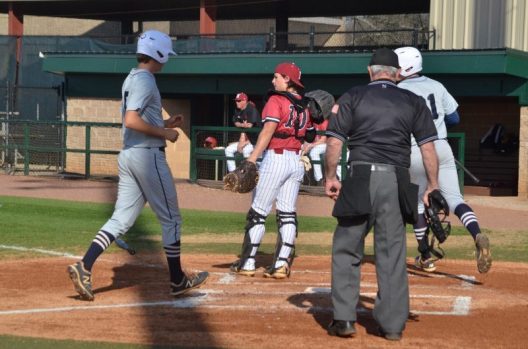 Tucker Bean crosses the plate in the first inning, scoring the only run on the day for the Panthers. (ZACHARY SEIFTER/ ADVERTISER) 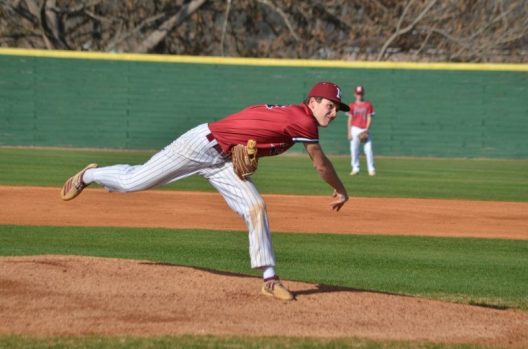 Maplesville High School won big over Jemison High School in the first round of the Chilton County baseball tournament on March 11. Maplesville beat Jemison by a score of 12-1.

The game began as a tight contest between the two teams as Maplesville held a 2-1 lead after two innings. However, Maplesville blew the game open in the third inning, scoring four runs in the inning to take a 6-1 lead.

Maplesville kept it going in the fourth, adding three more runs to increase their lead to 9-1.

After a quiet fifth inning from Jemison, Maplesville needed just two runs in the inning to win the game on a 10-run mercy rule. They got three runs on a hit with the bases loaded by Brady Harrison, ending the game after five innings.

Jacob Hollis got the start for the Red Devils. He threw two innings, giving up one run off two hits with two walks and one strikeout. Jackson Abbott came in from the bullpen, throwing three innings. He gave up zero runs off two hits with one walk and seven strikeouts to finish a dominating performance from the bump for Maplesville.

“We had a plan with our pitching,” Maplesville head coach Justin Little said after the game. “We were going to throw the guy that we threw first, we told him ‘give us two innings,’ and if he gave us two innings we felt like the other guy could come in and finish it. We executed and did just that.”

On offense for Maplesville, Kenan Swanson led what was a complete effort down the lineup, going 2-for-3 from the leadoff spot, getting a single, double and two RBIs. Osvaldo Tapia was also impressive, hitting 2-for-3 with two singles and an RBI.

Leading the way on the mound for Jemison was Smitherman. He pitched two and one third innings, giving up five runs off five hits with four walks and two strikeouts. Fernando Prado came in relief giving up three runs, none of which were earned, off one hit with one walk and no strikeouts in one inning pitched. Brian “hunter” Baker also pitched an inning, giving up three runs off one hit with three walks and one strikeout. Caeden Forbach also got some action on the mound giving up one run unearned off zero hit with one walk and no strikeouts.

On offense Ryan Harris had the best day for the Panthers, going 2-for-3 with two singles.

Despite a loss, Jemison will continue to play on in the winner’s bracket due to their record entering the tournament. They will play Chilton County High School on March 12.

The winners of the two games will face off in the championship round on March 13.