Much A Brew named New Business of the Year 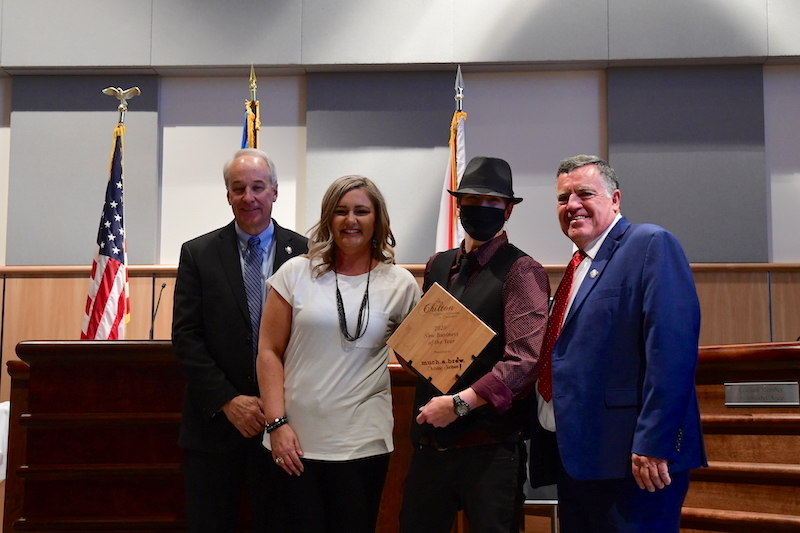 The Chilton County Chamber of Commerce has named Much A Brew About Something its New Business of the Year.

“She not only came to Clanton to start a business in the midst of a pandemic, but she also contracted the virus only two weeks after opening her doors,” Chamber President Billy Singleton said. “However, because of her diligence and her hard work and remarkable business model, she has been able to overcome these adversities and thrive, providing an example for all about the virtue of perseverance.”

Much a Brew About Something is a member of the Chamber, and Singleton said Ramone is always willing to help with community endeavors.

Ramone thanked the organization for the recognition.

From Sacramento, California, Ramone had visited family in Chilton County several times before making the decision to move and start a coffee shop.

“A lot of people were telling me that the coffee business hasn’t really been a success here in Clanton,” Ramone said in a previous interview. “People have tried it, but it has never been a thing.”

Despite this, she decided to go for it, and opened May 25, 2020 and quickly made connections in the community developing loyal customers. When Ramone had to close because of having COVID-19, “almost every single customer of mine reached out to check on me,” she said.

The presentation is traditionally a part of the Chamber’s annual banquet, but the event was not being held because of pandemic-related concerns.