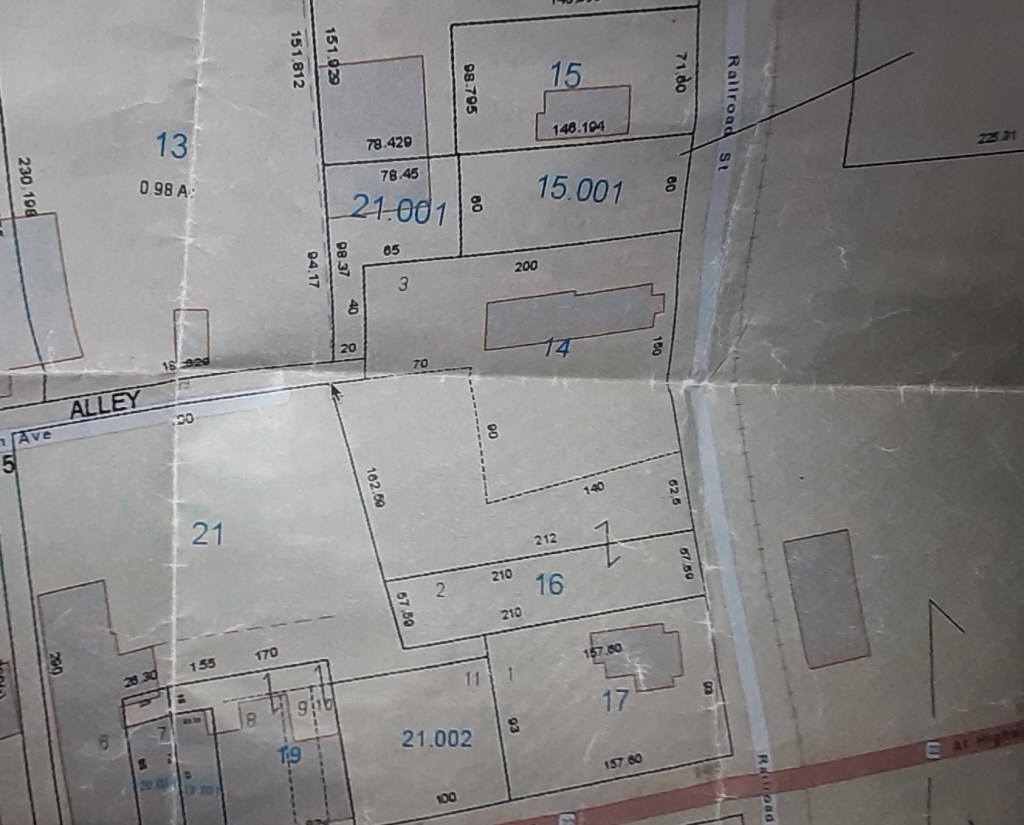 The Maplesville Town Council is pursuing purchasing lots 17, 15 and 21.001. (TOWN OF MAPLESVILLE/CONTRIBUTED)

The Maplesville Town Council is pursuing purchasing three parcels of property near the fire department.

The Council voted unanimously on March 8 to purchase three parcels of property, two of which have houses on them, for $75,000.

Mayor W.C. Hayes said the properties will be paid for upfront by the Maplesville Fire Department. After a year, the town would repay the fire department $37,500.

One of the houses is expected to be used by the fire department as office space, and potentially storing decorations for Old Fashioned Christmas.

Whether the house on the lot on the corner would be kept was debated. The house may have been built in the 1800s. The potential historical significance of this was discussed, but did not lead to a vote.

The Council also received the town’s annual audit during the meeting. Janice Hull of Hull and Russell gave the audit report saying it was a clean audit with no major findings. The town’s net financial position was $1.2 million with a $538,000 fund balance. Hull said expenses were slightly over what had been budgeted, but that the fund balance was better than it had been the previous year.

The Council approved purchasing badges for part-time police officers. Badges for reserve officers had been approved at a previous meeting.

Police Chief Robbie Autery presented needed updates for the police department’s police and procedure manual to the Council for review. A vote is expected at a later date.

A Dodge Charger was declared surplus to be sold with a minimum bid of $5,000.