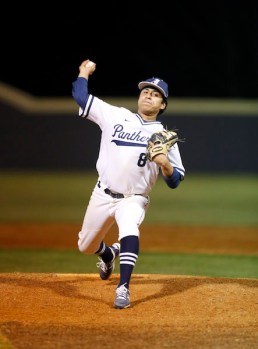 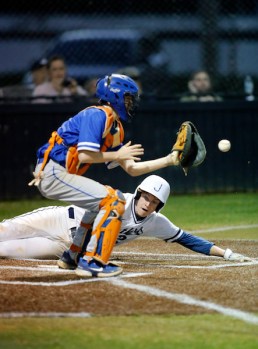 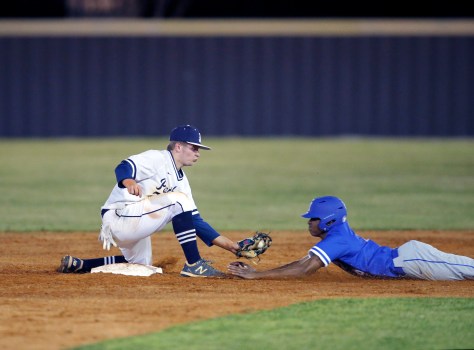 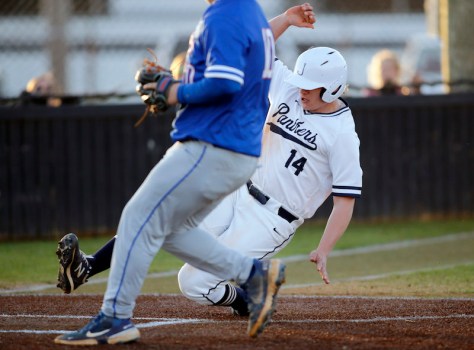 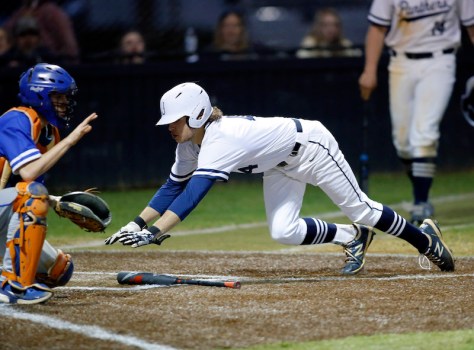 A three-run top of the first inning by the visiting Montevallo Bulldogs put the Jemison Panthers varsity baseball team in an early hole from which they could not recover on March 4, as the visiting Bulldogs knocked off the Panthers 12-8 in game one of a two-game series.

Montevallo wasted little time putting points on the board as a two-out single by Blaine Carstensen set up a two-run home run by Cody Posey in the first inning. Wesley Burdett followed by reaching on a walk that set up an RBI single by Brady Baugh, putting Montevallo up 3-0.

With the Panthers failing to generate any offense in the home half of the first, the Bulldogs tacked on two more during the top of the second inning thanks to an RBI single from Baugh, along with a Jemison error that extended the Bulldogs’ lead to 5-0.

The home half of the second inning saw the Panthers get on the board thanks to a single by Hayden Robinson that he would later score on due to a passed ball at the plate.

A lead-off hit by pitch to Luke Oden set up an RBI single by Robbie Gallagher that added to the Montevallo lead, however the Panthers answered with a run of their own thanks to a single by Tucker Bean, with Bean later scoring on yet another passed ball at the plate.

One more run for Montevallo came in the top of the fourth on an Oden RBI single, however the bottom half of the inning saw the Panthers make their move. A lead-off single by Robinson was followed by a one-out single by Timothy Wyatt, advancing Robinson to third. A bunt from Guyton Pace scored Robinson, followed by an RBI single by Donovin Edwards that brought Wyatt across home plate. With the addition of an RBI sacrifice fly by Gaven Smitherman, the Panthers ended the inning down just two runs, 7-5.

An error cost Jemison a pair of runs in the top of the fifth inning, and they were only able to answer with single run in the bottom half of the inning on an RBI single by Tucker Bean.

The game began to slip away in the top of the sixth, as the Bulldogs added on three more thanks to an RBI single by Gallagher, a bases loaded walk to Posey, and an infield ground ball by Wesley Burdett.

An RBI double by Ryan Harris added one for Jemison in the bottom of the sixth, with Harris later scoring on yet another passed ball at the plate.

With the game moving to the seventh inning, Montevallo led 12-8.

With neither team managing any offense through the seventh and final inning, a fly ball to center field by Edwards was hauled in by the Bulldogs for the final out of the evening to secure a 12-8 win for Montevallo.

Bean led Jemison at the plate with a 3-for-5 performance with an RBI, while Fernando Prado handled the pitching while throwing 3 and one third innings, allowing four earned runs on six hits with five walks and two strikeouts.