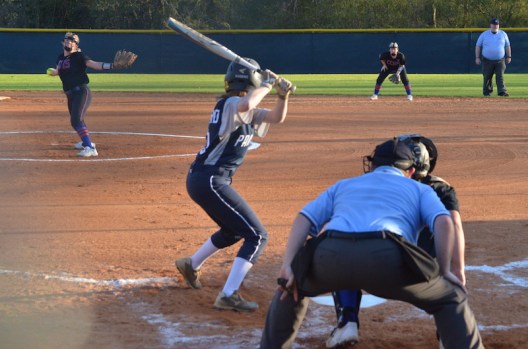 Lady Tigers pitcher Emma Deason winds up to deliver a pitch to a Jemison hitter. (SEIFTER/ADVERTISER) 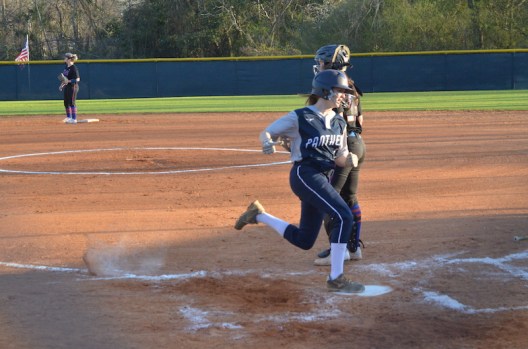 One of the six Jemison runs comes across the plate. (ZACHARY SEIFTER/ADVERTISER) 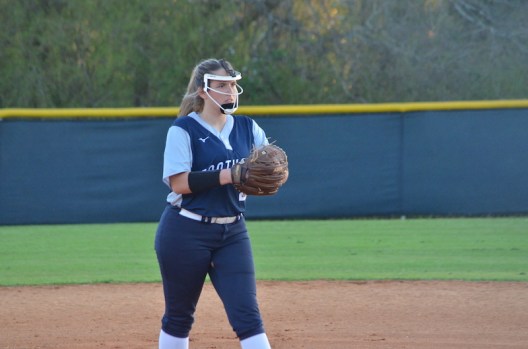 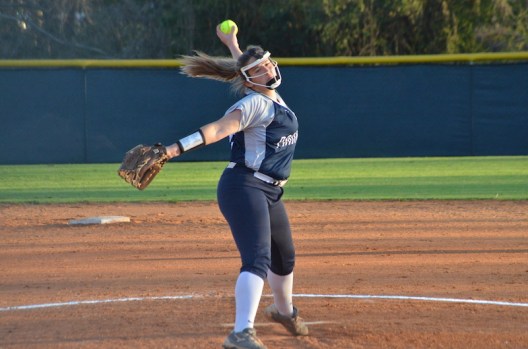 Kinley Bolton winds up for a pitch. (ZACHARY SEIFTER/ADVERTISER)

The Jemison High School softball team beat the Chilton County High School Lady Tigers on March 4 by a score of 6-3.

It was a complete team win for the Panthers, with starting pitcher Kinley Bolton leading the way as she threw a complete game for Jemison, dominating for most of it.

Both teams started the game slowly. A single by Jemison’s Sarah Hubbard in the first inning was the only time a player reached base in the first 10 combined at-bats between the teams.

Jemison was able to break the 0-0 tie in the bottom of the second, however, as Mckayla Lang began the inning with a double off CCHS pitcher Emma Deason. Lang was brought home on an RBI-double by Lilli Kemp. That was all the offense that Jemison could muster for the inning, leaving the score at 1-0 going into the third.

CCHS was finally able to get to Bolton in the top of the third. After opening the inning with two strikeouts, Chloe Shiers walked. After stealing second base, Shiers was brought home on an RBI-double by Deason to even up the score going into the bottom half of the inning.

The Panthers offense starting really getting to Deason in the bottom of the third. Jemison started the inning with a pair of singles, and quickly took the lead when Bolton brought home Hubbard on an RBI-single. An error in left field allowed another run to score, giving Jemison a two-run advantage going into the fourth.

CCHS was unable to do any damage in the top of the fourth, leaving the door open for Jemison to extend its lead. The Panthers jumped at the opportunity, quickly getting base runners on and getting Deason pulled off the mound. Mallie Harrison took the mound in relief, looking to get CCHS out of the jam. But a bloop single, a walk and a groundout helped get two runs home for the Panthers, giving them a 5-1 lead with three innings of play remaining.

CCHS was finally able to get back on the scoreboard in the top of the fifth as Macey Pierce brought Deason across the plate on an RBI-double. Unfortunately for the Lady Tigers, that was all they could get as Bolton shut the door, keeping the score at 5-2.

Jemison added another run in the bottom of the fifth, with Harley Genard bringing in Bella Gilliland on an RBI-double. That would be the last run the Panthers would score for the night, leaving the game at 6-2 going into the sixth.

Neither team managed any offense in the sixth inning. Bolton kept powering down the CCHS lineup, striking out batters for all three outs in the top half of the inning. CCHS was able to keep Jemison from doing any more damage in the bottom of the inning, keeping the score at 6-2.

In the top of the seventh, CCHS needed four runs to keep the hope of a victory alive. After two quick outs, the Lady Tigers managed three straight base hits off Bolton, the third resulting in a run to bring the deficit to three. However, Bolton was finally able to finish the game how she started it, with a strikeout. The final strikeout of the game was her 12th, capping a dominant night for her and a 6-3 win for Jemison.

Bolton finished the night with seven total innings pitched for the Panthers, giving up three runs off nine hits with two walks and 12 strikeouts.

Deason and Harrison each pitched three innings for the Lady Tigers. Deason finished the night having given up four total runs, three of which were earned, off eight hits with zero walks and one strikeout. Harrison gave up two runs off five hits with four walks and zero strikeouts.

Jemison had quite a few players step up from the batter’s box, with Genard and Kemp bot going 2-for-3 with an RBI. Gilliland also went 2-for-3 on the night with a pair of singles.

Deason had a good night hitting the ball, going 2-for-4 with a single, double and an RBI. Emma Kate Locke and Harrison also had nice nights hitting the ball, both collecting a pair of hits with Locke driving in a run.