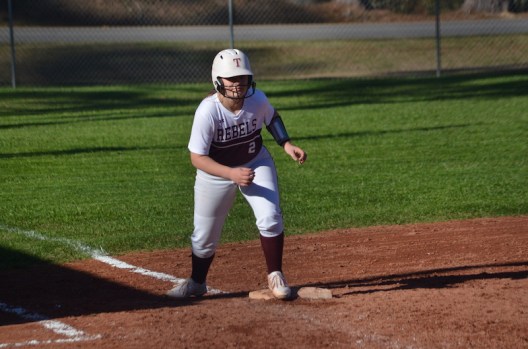 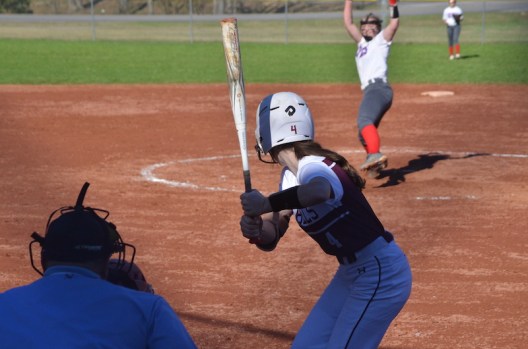 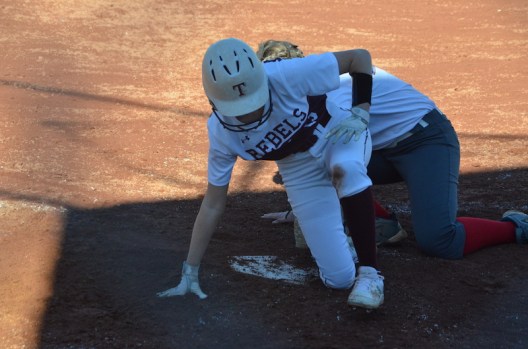 Cameron Lockhart slides home for a run for the Rebels. (ZACHARY SEIFTER/ADVERTISER) 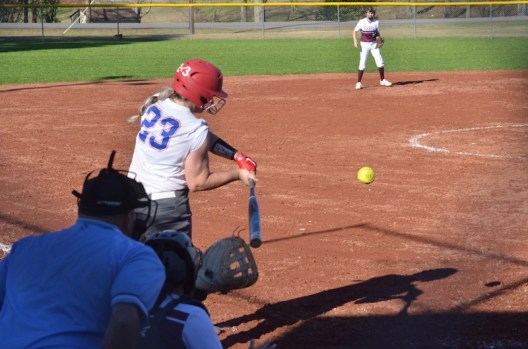 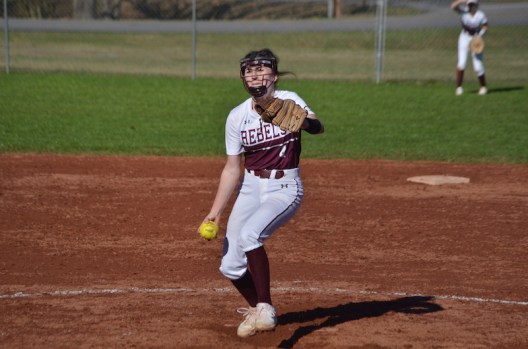 Makinley Turner finished the game on the mound for Thorsby, giving up just two runs in over two innings. (ZACHARY SEIFTER/ADVERTISER)

The Thorsby High School softball team pulled out an 11-9 win over Verbena High School on March 3. The game featured some high-powered offense on both sides, but early success for Thorsby set the tone in the game with the Rebels never trailing after the bottom of the first.

Both teams opened up the game by putting runs on the board, Thorsby was able to really get the bats going early and held a 4-2 lead at the end of the first. In the second, Thorsby and Verbena each added a run, bringing the score to 5-3 after just two innings of play.

Verbena was unable to do any damage in the third inning however, while Thorsby’s bats continued to thrive. The first two batters of the inning both got out for the Rebels, but after Brinley Giambrone reached base on an error by Verbena, Thorsby got cooking on offense. A wild pitch moved Giambrone to second, and following a walk by Autumn Edwards, Giambrone got home on an RBI single by Lilly Caudle. Another error got both Caudle and Edwards home, raising Thorsby’s lead to 8-3.

Verbena was able to cut the lead down to just two after Kiara Ray blasted a three-run shot out, bringing in herself, Emilee Hayes and Madison Bryant in for runs. After Elizabeth Shiver reached first on an infield single and then got to second on a wild pitch, Meagan Shiver was able to bring her in with a double to left field.

That was all Verbena would get in the fourth, leaving the score at 8-7 Thorsby.

Thorsby responded in the bottom half of the inning. An infield single by Cameron Lockhart got things going for the Rebels. After stealing second and third base, Lockhart was able to get home on a wild pitch by Verbena pitcher Jaycee Quinn. That’s all Thorsby would get in the fourth, taking a 9-7 advantage to the next inning.

Verbena did nothing in the fifth, managing just one baserunner. The score remained 9-7, but that score did not last long.

Thorsby was able to cement its lead in the bottom of the fifth. The inning started with Edwards reaching base on a walk, and after a steal and a passed ball, she found herself on third base. Quinn was able to strike out two straight batters, but then she fell apart. She walked the next four batters, bringing two runs home for Thorsby. After finally striking out Makinley Turner, the inning mercifully ended for Quinn, but the damage was done as Thorsby held an 11-7 lead going into the sixth.

The sixth inning produced little offense, as neither team was able to put up any runs, the only time it happened in an inning the entire game. Thorsby went to the final inning with a four-run lead and a chance to close out the home victory.

Verbena did not go quietly, as Bryant, who was celebrating her birthday, sent out a two-run home run to bring Verbena’s deficit to just two runs. However, two groundouts quickly sealed Verbena’s fate, and the game for Thorsby.

For Verbena, Jaycee Quinn threw all six innings. She gave up 11 runs, only four of which were earned, off five hits hits with eight walks and nine strikeouts.