McGhar to be featured on ‘American Idol’ 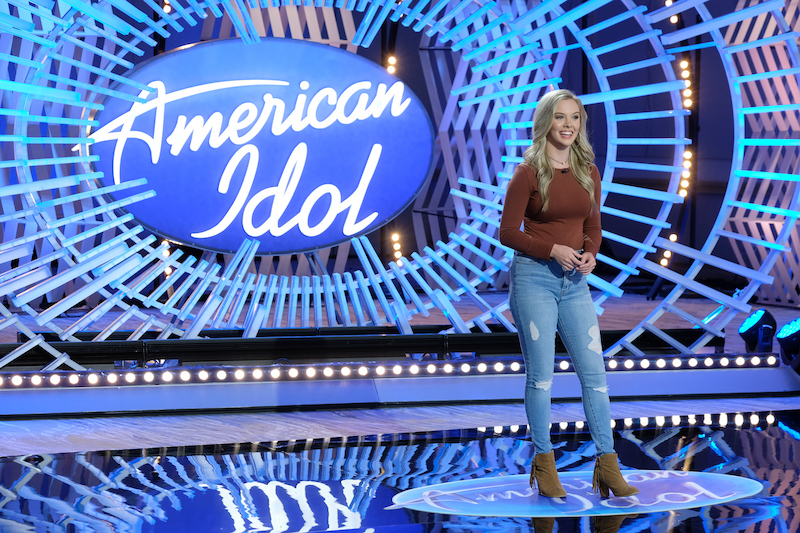 Cameron McGhar of Clanton auditions in San Diego, California as the all-star judging panel of “American Idol” searches for the next superstar on a brand-new episode airing March 7, 7 p.m. local time on ABC. (ABC/John Fleenor)

Cameron McGhar of Clanton will be on the March 7 episode of “American Idol” airing at 7 p.m. on ABC.

McGhar said auditioning for the show had been a dream of her’s for a long time.

“I have watched ‘American Idol’ all of my life,” McGhar said. “I have always loved it, and it has always been the dream. Me and my grandmother (Becky Pate) would sit in the living room together, and on the commercials, we would play ‘American Idol.’”

McGhar would pretend to be a contestant, while Pate played the judge.

The competition looked a little different this year because of the pandemic.

Initial interviews were held via Zoom to determine who would be invited to audition with the judges at one of three locations in California. During the Zoom call, McGhar was unsure what the results would be.

McGhar received an invitation to audition in San Diego.

McGhar said she prepared for the audition with “long hours of singing and preparation.”

“I went out and performed and sang at church, sang to my family, sang in the mirror … I had several different people help me with my performance technique,” McGhar said.

Walking into the San Diego audition, McGhar’s excitement was mounting to be able to sing for celebrities Lionel Richie, Katy Perry and Luke Bryan.

She was especially excited to see Bryan.

“I was also nervous,” she said. “I wanted them to see the best side of me as I talked to them and sang for them. I wanted to bring out Cameron and let them really see who I am and understand my platform and what I represent.”

McGhar chose to sing “Girl Crush” by Little Big Town because she likes country music, and she felt it was a good song for her voice.

The trip to San Diego was the first plane ride McGhar had ever taken.

“I loved it,” She said. “For me and my Nana to be able to do that together and experience that for the first time was wonderful. It was a special moment that I will cherish forever.”

Singing has been a part of McGhar’s life for as long as she can remember.