Arrest made in truck theft 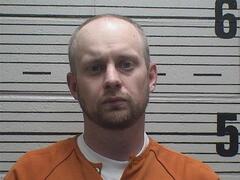 A Maplesville man was arrested on vehicle theft-related charges on March 1 by the Chilton County Sheriff’s Office.

Andrew Tyler Thorton, 33, was arrested after someone stating that he was the rightful owner of the vehicle Thorton was driving called the police.

Chilton County Sheriff John Shearon said the caller had pulled behind Thorton as he was heading west on County Road 24 in the portion of Billingsley that is in Chilton County. The caller recognized the black Dodge Ram 1500 pickup truck as his and called the police.

When Thorton realized he was being followed, he got out of the vehicle and headed into the woods near County Road 377, Shearon said.

CCSO personnel arrived at the scene, and Thorton came out of the woods before the K-9 unit arrived, according to Shearon.

Shearon said the suspect was thought to have been riding a bicycle by the pickup truck and decided to take the vehicle, presumably with the keys in it.

“Do not leave keys in your vehicle,” Shearon said.

The vehicle has been returned to the owner.

Shearon said the incident highlights the importance of calling local law enforcement right away, so they can catch the person responsible.