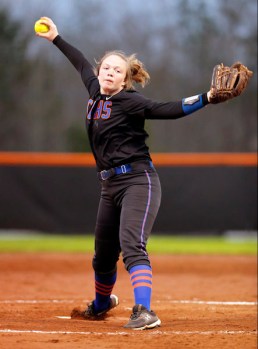 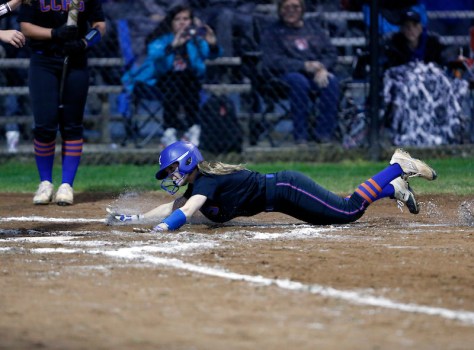 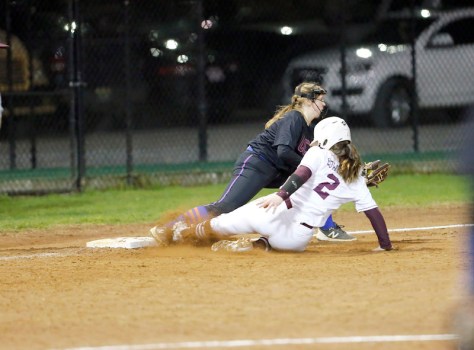 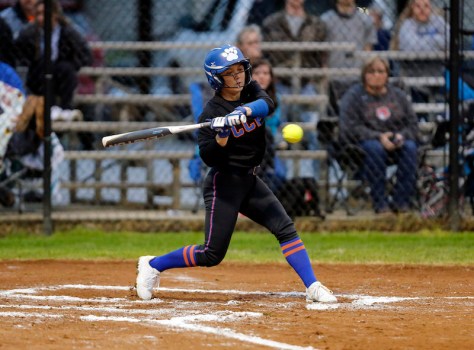 Hot bats and shutdown pitching propelled the Chilton County Lady Tigers softball team to an 11-2 victory at home on March 1 over the Thorsby Rebels.

A hit batter, along with a single by Lindsey Burnett and a walk to Makinley Turner loaded the bases for Thorsby in the top of the first inning, but a two-out pop fly to Emma Deason got the Tigers out of a jam, sending the game to the home half of the inning where CCHS got the bats going.

Deason started the inning by reaching on a Thorsby error. Macey Pierce was then hit by a pitch. A Tyeshia Williams single followed, loading the bases. A two-RBI double by Emma Locke scored Deason and Pierce while Williams scored on an RBI single from Gracie Brewer. With Locke later scoring on an error by the Rebels, the Tigers ended the first with a four-run advantage.

A pair of strikeouts by Mallie Harrison, along with a ground ball out in the bottom of the second inning, retired the Rebels in order while CCHS used the home half of the inning to tack on two more runs. Chloe Shiers got the inning started by reaching first after being hit by a pitch and later came around to score on another Thorsby error. A walk to Pierce set up an RBI triple by Locke to make it a 6-0 game after two innings of play.

A two-out triple by Burnett in the top of the third did little to help the Rebels after a fly ball to Locke brought the top half of the inning to a close. Meanwhile, the Tigers added one more during the home half of the inning thanks to another Thorsby error that allowed Jadyn Kurdziel to cross the plate.

The top half of the fourth inning saw Thorsby get on the board thanks to a bases loaded bunt by Emry Davis that scored Makinley Turner.

With the Tigers going quietly through the fourth, the score stood at 6-1.

The fifth inning of the contest saw neither team add to their tally, however the scoring trend continued in the top of the sixth with Thorsby adding another run on an RBI single by Lockhart. The Tigers answered the Thorsby score however, adding five runs of their own thanks to a pair of RBI doubles by Williams and Locke. The runs extended the Tigers’ lead to 11-2 after six innings of play.

A single by Brooklyn Reeser got the top half of the seventh underway while a strikeout by Harrison, along with a ground ball, knocked the Rebels down to their final out. For her final act of the night and tenth strikeout of the ballgame, one final punchout from Tigers pitcher Mallie Harrison ended the game, sealing an 11-2 victory for CCHS.

Harrison threw a complete game for CCHS, allowing just one earned run on nine hits with four walks and 10 strikeouts. Locke led the Tigers at the plate with a 3-for-4 performance, hitting two doubles, a triple and 4 RBI’s.

Turner handled the pitching for Thorsby, throwing six innings while allowing five earned runs on seven hits with three walks and six strikeouts. Brinley Giambrone led the Rebels at the plate with a 3-for-4 performance with three singles.