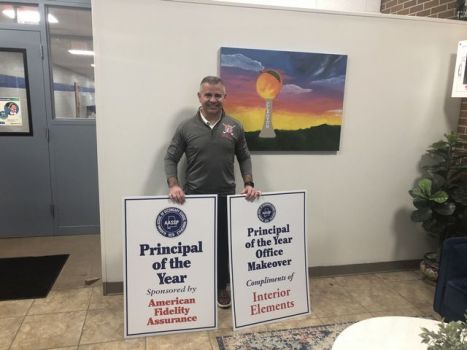 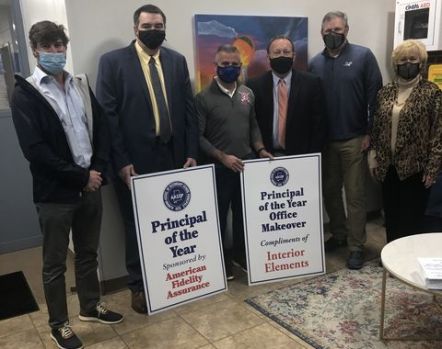 The announcement was a complete surprise when contest officials showed up at Chiton County High School on Feb. 26.

“They coordinated it with Mr. (Schools Superintendent Jason) Griffin to come in to my school and surprise me with it,” Pinson said. “I wasn’t really expecting it. It was a huge surprise.”

Pinson has been principal of Chiton County High School for the past four years. Prior to that, he was an assistant principal for five years.

“On behalf of Chilton County Schools and me, personally, we would like to congratulate Mr. Ron Pinson on this honor,” Griffin said in a press release. “Over his time as principal, Mr. Pinson’s leadership has increased and improved the educational opportunities for our students and for that we are appreciative! Congratulations, Mr. Pinson!”

Pinson said the staff, students, their parents and his family have been supportive throughout his time at CCHS.

“It is just an amazing school,” Pinson said. “… I love this school, and this community the students here. It’s a big honor.”

The process included an application and an interview.

From here, he will apply to be considered for the honor of national principal of the year. Pinson said the process will be similar but more in depth than the interviews he has done so far.

The Alabama contest is sponsored by American Fidelity Assurance.

“An office makeover is provided by Interior Elements,” according to an Alabama Association of Secondary School Principals press release.

The association would also cover Pinson going to Washington D.C. to compete for the national award, if it is held in person this year. A video conference option might be used because of the COVID-19 pandemic. Interviews for the competition are expected to be held in September or October.