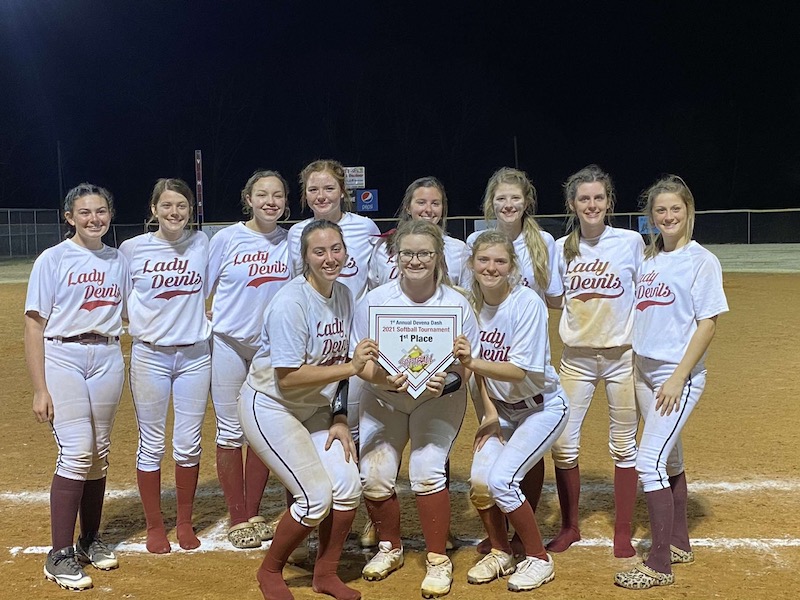 The wins were a result of excellent pitching supported by some terrific hitting from the Lady Devils.

Lexi Smith was the starting pitcher in the opening match for Maplesville against Verbena. She also pitched two games the next day against Montevallo and Verbena again, notching an impressive shutout win in the second match that saw her give up just five hits while striking out four batters.

“She [Lexi Smith] was very good at hitting her spots, hitting the corners on the pitches I called, keeping it down in the zone,” Maplesville head coach Clark Whatley said. “Anna Grace, this is her first year, she transferred in from another school and she did the same thing. [She] hit her spots real good, got a great changeup and hit the corners, and staying down in the zone also.”

While Maplesville can certainly credit its pitchers for the victories, the Lady Devils scored a combined 51 runs in the five games, an average of over 10 runs per game.

“All the way down the lineup the girls were hitting, that’s why we were so successful in scoring runs,” Whatley said.

Maplesville will look to carry that success to their next match as they have little time to rest before facing Thorsby on March 2 at 4:30 p.m. It will be the first of two times that the teams will meet this season.