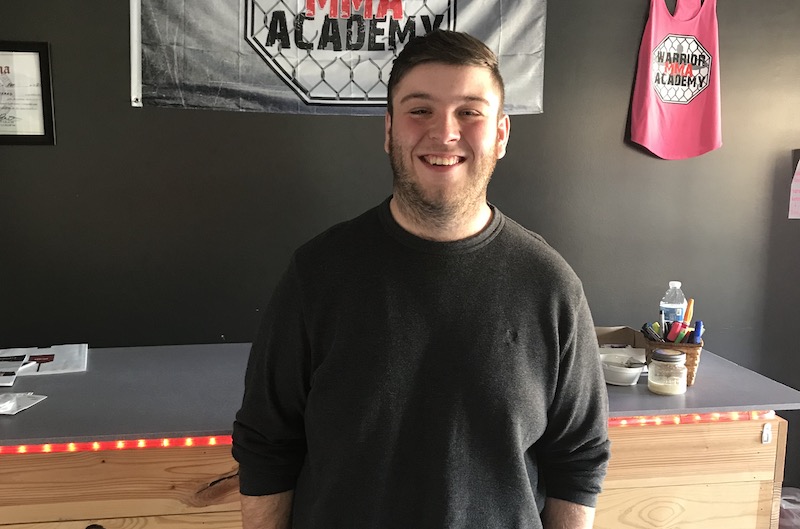 Blake Shirah both the founder and the head coach of the Chilton Pirates. He is 22 years old. (ZACHARY SEIFTER/ADVERTISER)

Alabama and Auburn might rule Saturdays in the fall, but football fans in Chilton County have a new team to turn their attention to.

Beginning in August, the Chilton Pirates will be hitting the gridiron, a new college prep team that will be competing in the South Atlantic Post-Graduate Conference (SAPGC).

They expect to play their games at Chilton County High School, and will be coached by a former graduate of CCHS, Blake Shirah.

Shirah is also the founder of the program. He began a nonprofit foundation a few years ago called Chilton Tigers APDFL (Amateur to Professional Developmental Football League). The foundation was designed to give high school athletes the chance to go to college and get a degree. In the years since he started it, he was able to send 11 athletes to college. He has taken the goal of sending athletes to college to another level though by starting this team with money he received from a settlement fund after being in an accident that nearly took his life close to a year ago.

“About a year ago I was hit head on by a drunk driver and completely shattered both of my legs and [I] was paralyzed,” Shirah said. “[I was] laid up in a bed, never supposed to walk again, and I was kind of able to take a look back and really think of things as a whole of what we had accomplished and what we were wanting to do. I thought ‘yeah, it’s great that we sent 11 kids to college, that’s fantastic, but what happens to the other remaining 60 or 70 kids that came through our program that we couldn’t get to college? They’re right back on the street where we didn’t want them to be.’ So … with us starting this prep school, with us starting this JUCO program, these kids come through me and by the time they leave me, no matter if we send them off to a bigger school or not they at least get their degree out of it.”

The Pirates will begin as just a prep college-level football team. The goal is to have a college in the state adopt the team a few years down the road, making them the first Junior College (JUCO) football team in the state of Alabama.

But despite being just a prep team, the Pirates expect to compete early on. There’s already a roster of 50 players ready to go in the fall, 22 of which are from Chilton County. And Shirah believes they already have the talent to win.

“If you look at our depth chart, look at our roster … it’s very clear right out the gate that we have a very talented group of guys,” Shirah said. “We do recruit very well … I would really like to say that we are coming for a conference championship our first year, but that’s what anybody is going to tell you.”

Ultimately however, Shirah wants to do more than just win football games. Although there’s a competitive side to every coach and player, and everybody wants to win, Shirah wants to be judged by what his team does off the field more than what they do on it.