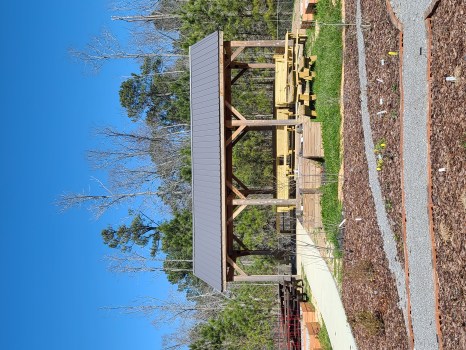 While JIS currently has a picnic area built, it will soon be joined by a second piece of construction, as a greenhouse is expected to be part of the outdoor classroom area by the end of the school year. (RACHEL MIMS/ CONTRIBUTED) 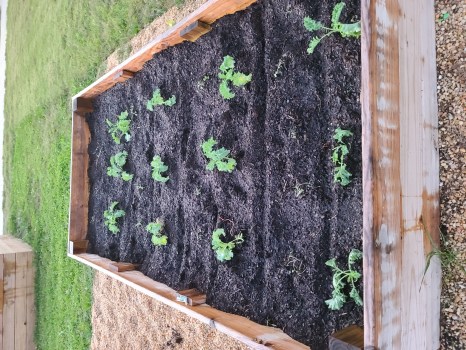 JIS uses its raise beds to grow food that is later taken to Sunlight Center to be donated. (RACHEL MIMS/ CONTRIBUTED) 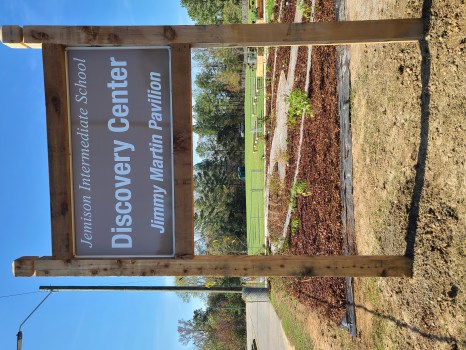 More signage will be made a priority at the outdoor classroom with the grant money JIS received. (RACHEL MIMS/ CONTRIBUTED) 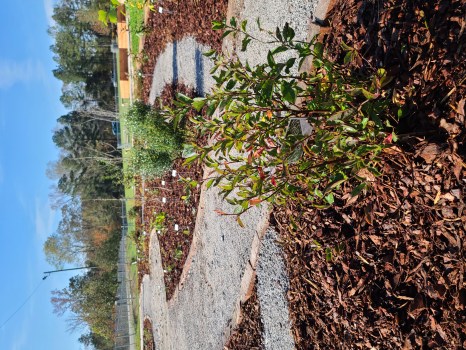 JIS will be using the grant money received from Alabama Power Foundation to add to its learning stations. The garden is just one of the significant pieces currently used by the school in its outdoor classroom. (RACHEL MIMS/ CONTRIBUTED)

This week, Jemison Intermediate School was given a conservation education grant from the Alabama Power Foundation.

The foundation gave grants to six schools through its “Students to Stewards initiative,” and JIS was chosen because of its outdoor classroom, an area outside of the school with educational learning stations that teach the students the importance of the outdoors and land conservation.

The plan for the grant is to use it toward adding a sensory garden, a frog habitat and signage to the outdoor classroom. The addition of those learning stations will help the school in its goal to become certified by the Alabama Wildlife Foundation.

This grant is not the first that JIS has received. The school previously received a $15,000 grant from Cawaco RC&D Inc., as well as recently receiving a grant from Central Alabama Electric that will help fund a greenhouse that the school hopes to have built by the end of the school year. Along with that, JIS also received a $10,000 donation from Dr. Narvel Black that also helped fund the greenhouse.

“We could not have begun this project without community support,” said Rachel Mims, the Director of STEM Education at JIS. “We’ve had support from Dr. Black, the board, our commission. The town of Jemison has just been amazing, the help they’ve poured out to us.”

The outdoor classroom has become an integral part of the school’s curriculum. And the school plans to return the favor for the support the community has shown.

“We use these raise beds to grow tomatoes and jalapenos or just whatever we want to plant,” Mims said. “We’re kind of experimenting now with what grows best and does best out here. We’ve been taking those to the Sunlight Center, and they give that out for their food donations.”