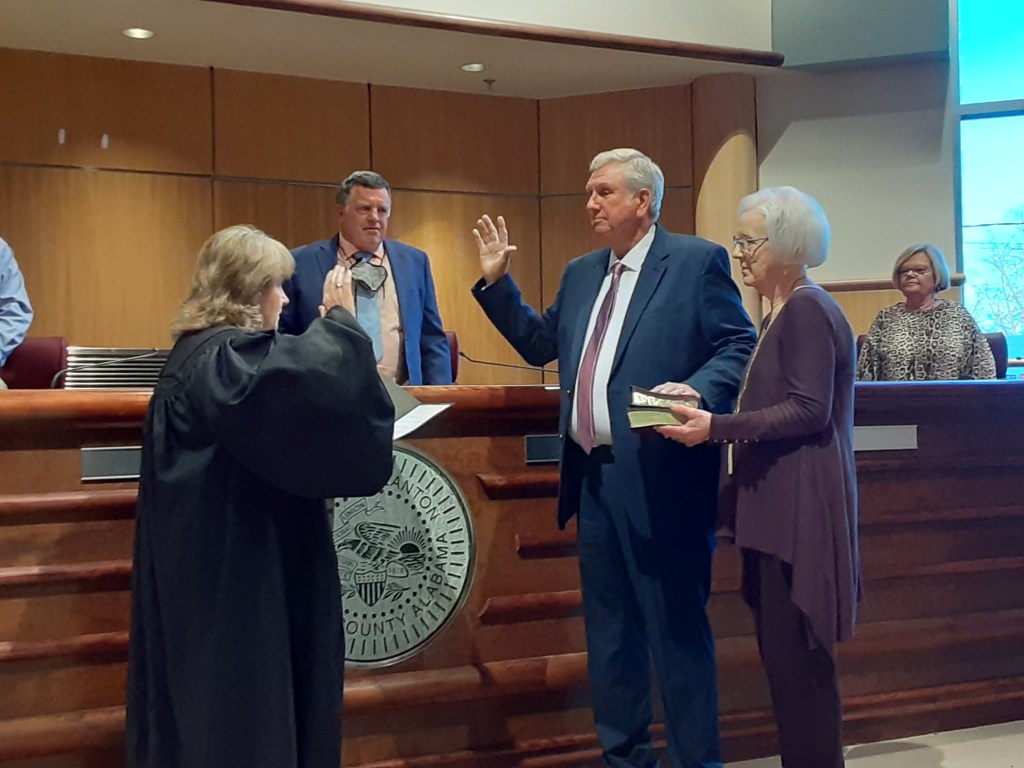 Driver was one of two District 3 residents who submitted a resume for the position. Driver will also fill Wilson’s previous seat on the Water and Sewer Board.

Two Bibles were used during the swearing in ceremony. Mayor Jeff Mims said one of the Bibles had belonged to former Mayor Billy Joe Driver and the other had belonged to Wilson.

The Feb. 22 meeting also included two first readings for ordinances. One would allow sale of alcohol in for consumption on or off the premises of the business selling it. The other would approve a limited warranty deed to transfer the ownership of the future Alabama Farm Center site, which is jointly owned by the city and the county, to the Alabama Agriculture and Exhibition Center Cooperative District.

The second reading of the ordinance will be at the March 8 meeting of the Council at 5 p.m. A vote is also expected to be made at that time.