Mustangs hold on for thrilling Opening Day victory over Bears 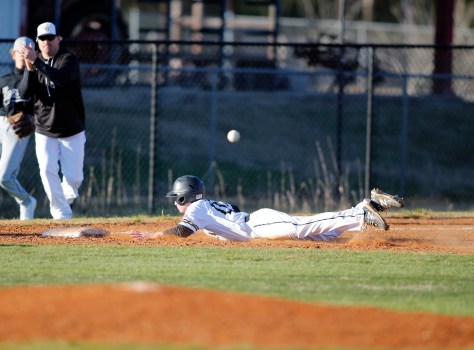 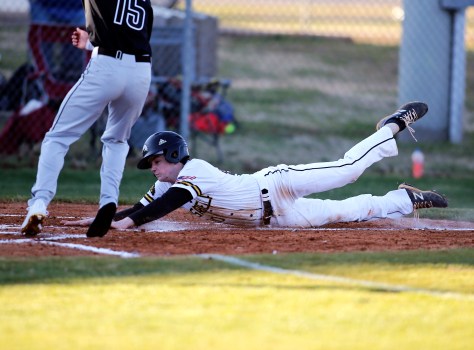 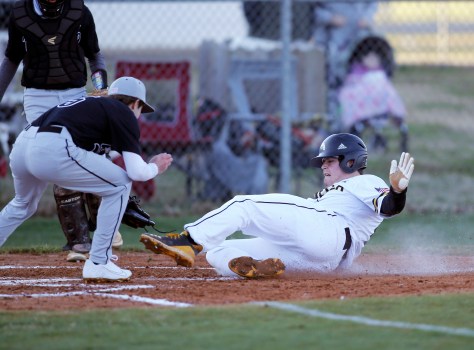 An Isabella runner is tagged out at the plate by Billinglsey's Shane Shirah. (BRANDON SUMRALL/SPECIAL) 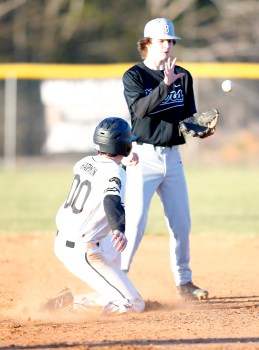 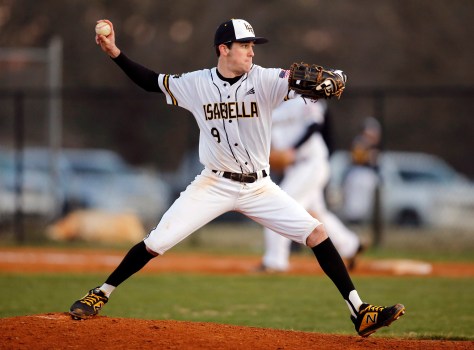 The Isabella Mustangs and Billingsley Bears opened their 2021 baseball seasons on Feb. 19 with a thrilling shootout. Despite an early lead, and a late comeback by the Bears, the Mustangs prevailed 13-10 to open their season with a victory.

Both teams struggled to find the strike zone in the opening inning, as four Billingsley walks, along with a sacrifice fly by Jeremy Carroll, would lead to the visiting Bears posting four runs in the top of the first. In the bottom half of the inning, it was the Mustangs that worked the count, drawing five walks of their own. With the addition of an RBI single by Issaac Day, an RBI triple by Lane Harmon, and an RBI ground ball by Braxden Giles, Isabella took an early 8-3 lead.

The second inning of the contest saw both teams add to the scoreboard once again. An RBI double by Billingsley’s Shane Shirah, along with an RBI ground ball by Elijah Littlefield, and a Bears error cut the Mustangs lead to 9-5 game after two innings.

An RBI single by Devin Blackmon during the top of the third cut the lead to three, 9-6.

After knocking out the Bears with three straight outs in the top half of the fourth inning, the Mustangs added three more runs with a small two-out rally that saw Day and Lane Harmon get on base, while Austin Jones and Giles got the runners home with RBI doubles.

In the top of the fifth inning, the Bears began to chip away. A lead-off walk to Turner Motley set up an RBI single by Brady Caver, while an RBI double by Ashton Arnold cut the lead to 13-8 after five innings of play.

Billingsley cut into that deficit even more in the top of the sixth inning. An Isabella error, along with an RBI walk by Jason Smith got the score to 13-10 going into the bottom half of the inning. That score remained after the Mustangs failed to post any more runs in the home half of the inning

Despite a valiant effort in an attempt to come back, the Bears couldn’t generate any offense in the final inning. A pair of ground balls and a game ending strikeout by Isabella pitcher Falcon Fowler sealed the season opening victory for the Mustangs.

Shirah led Billingsley at the plate, going 2-for-4 with a pair of singles and a pair of RBI’s. He also led the way on the mound, throwing six innings while allowing eight earned runs on nine hits with four walks and three strikeouts.

Fowler and Day each had a pair of singles and an RBI for Isabella, while Micah Drinkard threw three innings on the mound. He allowed two earned runs off four hits, a pair of walks and three strikeouts.