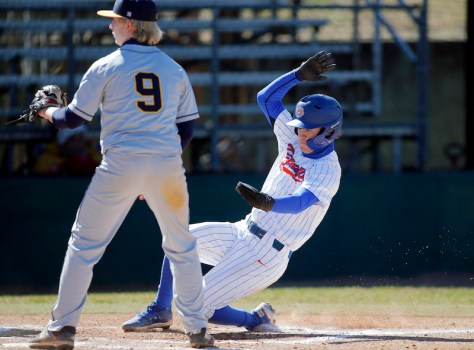 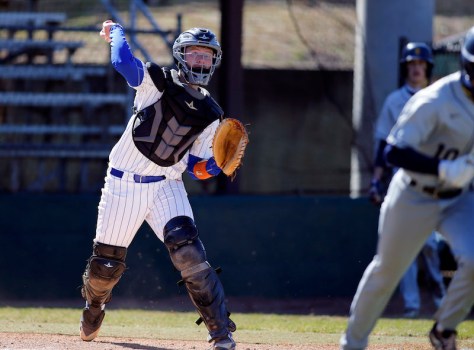 Leighton Coppedge fires down to first after a dropped third strike for an out. 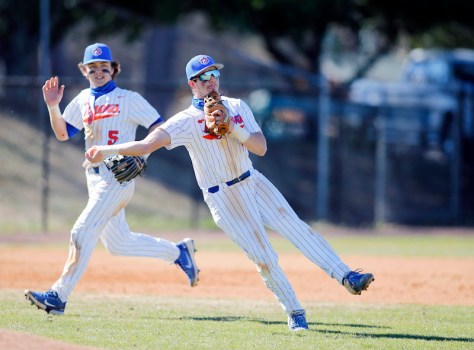 Cannon Miller fires to first for an out. 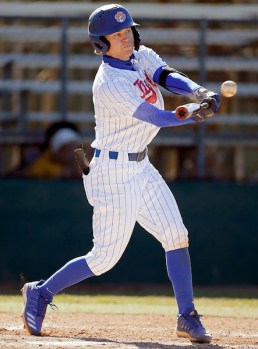 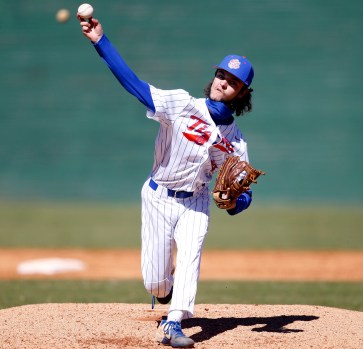 After weeks of cold and rain the Chilton County High School Varsity Baseball team enjoyed an afternoon in the sun as the Tigers played host to the Saint James Trojans in a Feb. 20 afternoon double header to open the home schedule of the 2021 season.

A nine run first inning to start game one put the Tigers way out in front as Chilton went on to cruise to a 15-2 victory. Game two on the other hand was a much more highly contested affair but one that Chilton would ultimately win, 3-1.

A three up and three down inning to start game two led to the home half of the inning where the Tigers were the first to put points on the board. Eian Headley got the inning started for Chilton with a leadoff single while a bunt by Brady Bolling gave the Tigers a pair of base runners with no outs. Cannon Miller loaded the bases after being hit by a pitch while an infield ground ball by Deuntae Childers made it a 1-0 game. A wild pitch by the Trojans allowed Bolling to cross the plate while a RBI double by Pico Kohn put Chilton up 3-0 after one inning of play.

While the second inning came and went with no change in the score, the top half of the third would go likewise. The Tigers loaded the bases with two outs during the home half of the third but a two out fly ball to centerfield managed to get the Trojans out of a jam with Chilton still leading 3-0.

The top of the fourth inning saw no change in the score for St. James while a two out double by Headley did little to help out the Tigers.

A three up and three down inning by Chilton pitcher Aiden Bee during the top of the fifth gave way to the home half of the inning where a pair of singles by Childers and Kohn aided no help to the Tigers after an infield ground ball for out number three.

St. James strung three during the top of the sixth inning while the Tigers would go in order through the home half of the inning.

An infield ground ball along with a fly ball to centerfield knocked the Trojans down to their final out but a pair of singles by Owen McNeal and Ethan Beard along with a hit by pitch to Kenneth Jackson loaded the bases with two outs. A wild pitch allowed McNeal to score while cutting the lead to two, however a ground ball to Headley and a flip to Dylan Cullum at first brought about the game’s final out while sealing a 3-1 win for the Tigers.

Kohn and Headly each picked up a single and a double for the Tigers at the plate with Kohn adding a RBI as well.