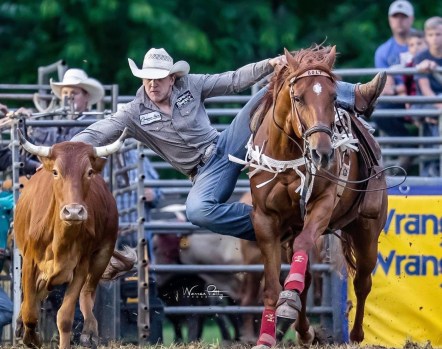 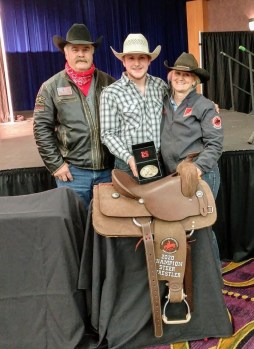 Ellison competed in the final round of competition for the season in Philadelphia, Mississippi on Feb. 5-6. Being the champion comes with the sought-after competition saddle and buckle.

“Walking into the finals, I knew I had a big lead, so it was kind of just sit back and relax and enjoy … my finals this year.,” Ellison said. “I won the first round in steer wrestling, and I knew I pretty much had it sealed up by then.”

After a few years of coming in second for buckles, Ellison said it “felt pretty good” to finally take the top spot.

“I had a lot of help from my family and my aunt mainly,” Ellison said, commenting that it was a win for his family.

He said there are not as many opportunities to compete in steer wrestling as some of the other rodeo events.

Ellison has been competing at the SPRA event for the past four years.

Money won at rodeos throughout the season is totaled to determine a competitor’s standing headed into the final.

Ellison has been steer wrestling for nearly five years.

Ellison is a graduate of Jemison High School and is attending the University of West Alabama on a rodeo scholarship.

Unlike the rodeos he competes in on the collegiate level, at the Southeastern Professional Rodeo Association competition many of the competitors were older than him.