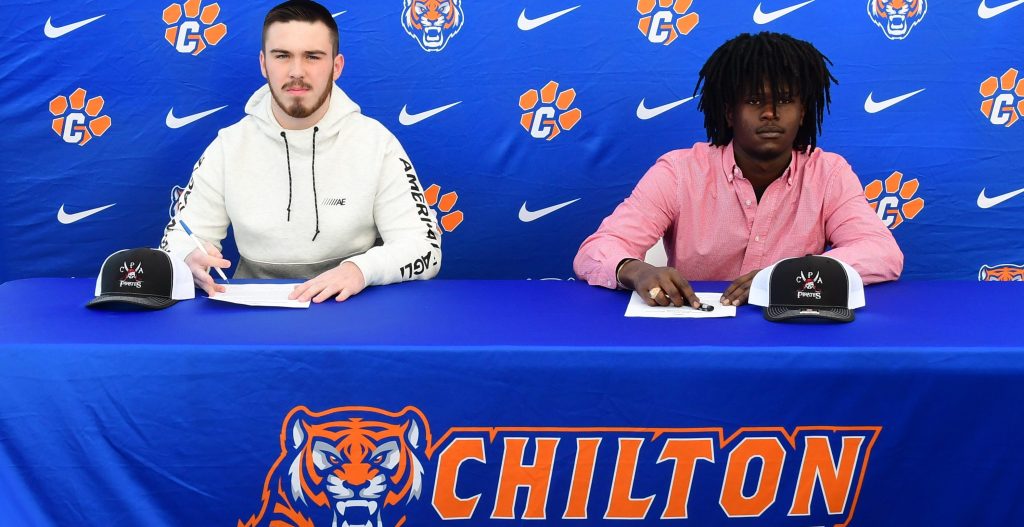 Linebacker Ben Shirah and outside lineman David Threatt made their next level team choice official on Feb. 9.

Shirah said “being around Chilton County and being around a good program” is what appealed to him about the team.

He has been playing football since he was 5 years old.

From his high school football career, Shirah said his junior and senior seasons were the best.

“Just the playing time and being around the teammates” made it the best for him.

“I felt like I can take my talent to the next level playing for the Pirates,” Threatt said.

He started playing football his sophomore year at CCHS, and he also said the junior and senior years were the best.

“The way we grew as a brotherhood” is what made it the best for him.

Pirates receive a scholarship toward their athletic fees to play in the college-level conference, coach Blake Shirah said.

While not the team of any one school, many of the players, including Shirah and Threatt, attend Jefferson State Community College.

The Pirates will use the CCHS football field as its home field.