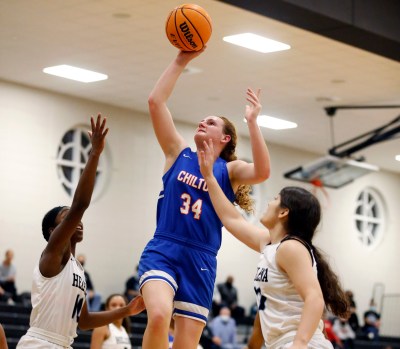 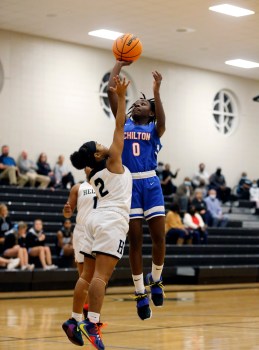 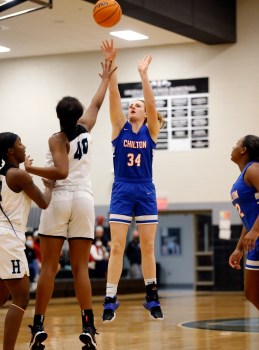 The 2020-2021 basketball season came to a close for the Chilton County Lady Tigers on Feb. 9 as the team lost a heartbreaker on the road in the opening round of the 6A Area 6 high school basketball playoffs to the Helena Huskies, 64-60.

Seven from Harris along with another basket from Kennedi Nobles led a 10-0 Helena run to start the second period that put Chilton down 16 with four minutes remaining in the first half. Three from Giles along with a late free throw from Powell cut the lead to 13 after two periods of play as the Huskies took a 37-24 lead to the halftime break.

The third period of the contest would belong to the Tigers as Iasia Anderson would get things started with a basket from beyond the arc. With the addition of a basket from Giles along with another from Anderson and the Husky lead was cut to ten. With the Helena lead at eleven and 1:40 remaining in the third, a pair of threes from Gabrielle Harris and Kelsey Cleckler cut the lead to five while a buzzer beating basket from Harris would send the game to its final period of play with Helena leading 52-45.

The lead shrunk to four with a three from Giles just a minute into the fourth, while the addition of a free throw later by Giles would make it a three-point game. A basket from Jessica Powell and Alana Scott would push Helena back up by six with 3:01 to play but a quick answer from Anderson and Harris would make it a two-point game. The two-point Helena lead would remain intact until the 1:12 mark of the period where a basket from Harris would make it a 57-all tie. Helena answered with a driving basket by Nobles, who would then add the and one to put Helena up three with 0:42 to play. With the addition of free throws from Powell and Nobles the Husky lead grow to six with 0:04 to play. Not down and out just yet, a three from Anderson cut the lead to three with just two ticks remaining as a quick foul by the Tigers sent Nobles to the line where a basket from the stripe would seal a 64-60 victory for the Huskies.

“This team played their hearts out and battled for thirty-two minutes,” said CCHS Head Coach Paul Dubose. “We overcame a double-digit deficit but fell just a little short. This season was special, despite all of the challenges. We finished 18-12, won two tournaments, beat quality opponents, electrified crowds, and played with love and trust in our teammates. Our four seniors (Gabby Harris, Kelsey Clecker, Kailey Sumrall, and Saniya Underwood) helped transform this program into a competitive championship program while proving that we belong in 6A. This team represented their school, community, and families in a first-class manner. Next year’s team will have big shoes to fill.”

Giles finished the game with a career high 25 points and 20 rebounds while Harris led the Huskies with 22 points and 11 rebounds.