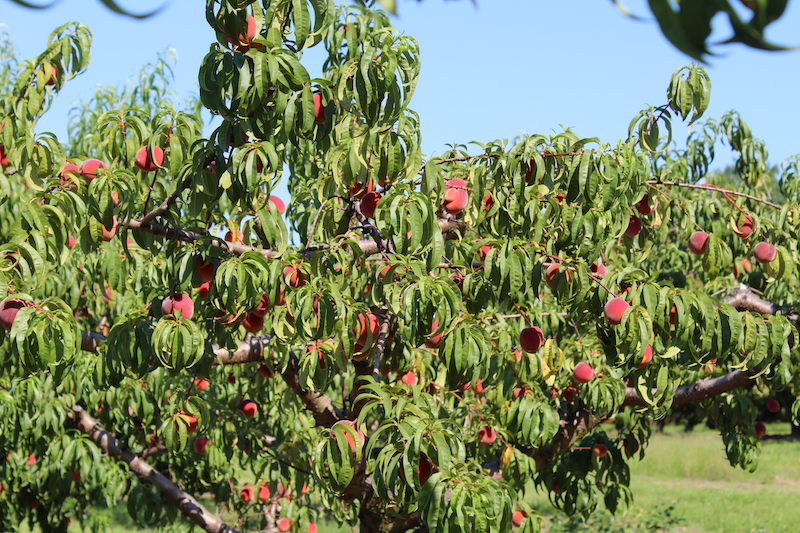 Chill hours are accumulating at a favorable rate for Chilton County peaches. (FILE)

Colder temperatures during the development of peaches before they blossom is crucial to a successful crop.

This year, the chill hour accumulation is expected to reach over 900, meaning most varieties grown in Chilton County will have received the needed number of chill hours for optimal harvest.

Edgar Vinson of the Chilton Research and Extension Station said so far 855 chill hours have been accumulated, which is more than the total accumulation from last year in Chilton County.

“We have a few cold days left, so we have a chance of getting over 900,” Vinson said.

Those needing the highest number of chill hours are in the 950 to 1,050 range, including Contender and Carolina Gold.

Many varieties do not require quite as many chill hours. These varieties have been more recommended to growers in recent years because of fewer cold days.

A median amount needed is around 800.

However, there are still some varieties for which the optimal number of chill hours is unknown.

Exploring new varieties that might grow well in Chilton County is one of the projects of the Chilton Research and Extension Center.

“We have a plot of about 80 different varieties, and we are monitoring those here, every year trying to determine the flowering season (and) the cropping season for our area,” Vinson said.

It is too early in the season to determine when the first peaches of the season will be ready.

After the trees bloom, attention will turn to watching out for late frosts that could kill blossoms.