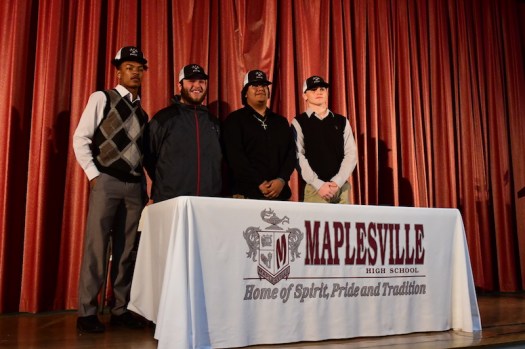 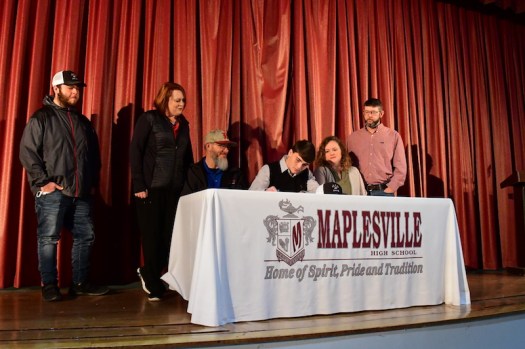 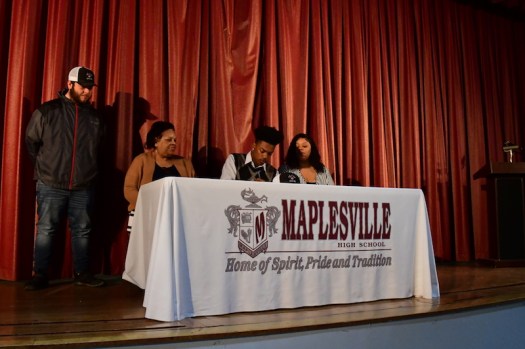 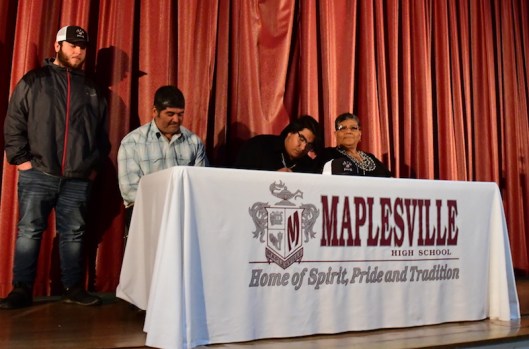 Latrell Wilson, Osvaldo Tapia and Caleb Hobbs made their choice official during a signing ceremony on Feb. 2.

Hobbs, a wide receiver and linebacker, thanked the coaching staff and his fellow teammates for pushing him. Wilson and Tapia also thanked the coaches for what they had invested in them through the years.

“It is an honor to be able to do something like this to go play football and continue my academics,” Hobbs said.

The team operates separately from any college, according to Blake Shirah of Chilton Prep Academy. However, he said many of the students, including Wilson, Tapia and Hobbs, enroll at Jefferson State Community College.

Tapia, offensive/ defensive lineman, said he was looking forward to the opportunity to continue playing with some of his MHS teammates when they join the Pirates.

“I’m kind of speechless,” Wilson, a receiver and defensive back, said.

He thanked his teammates for pushing him and said he was going to miss them after this year.

“It is always exciting when Maplesville High School has athletes that are going to represent us on a different level,” MHS Brad Abbott said.

Abbott spoke of the hard work each of the players had put in, commenting that this opportunity was the reward for that hard work.

“This is a great opportunity that they are taking advantage of to continue to play a sport they love to play,” Abbott said.

Chilton Prep Academy Pirates has 22 students from Chilton County that have joined in its first year. The team will compete on the collegiate level in the southeast and use Chilton County High School’s field as its home field.