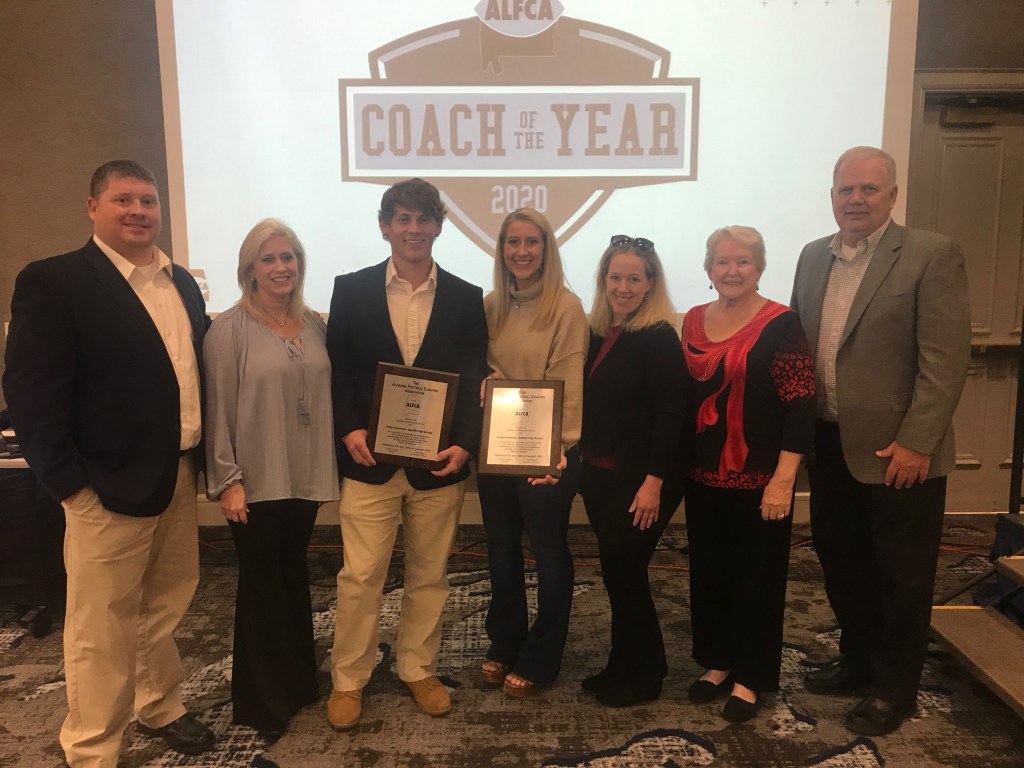 “Every year, they send out a packet for nominations,” Leonard said.

A committee reviews the nominations and selects the recipients.

This was Leonard’s second year to nominate Hunnicutt for the recognition.

“He had such an impact on the Isabella community,” Leonard said.

Leonard said this impact is still felt at the school to this day.

“He was my coach, and his memory lives on at the school,” Leonard said.

He said Hunnicutt was also a “great Christian role model.”

Part of this lasting impact is the school motto Hunnicutt started — Mustang Pride.

Hunnicutt had come to the school after some rough athletic seasons. He introduced a new play, the Notre Dame box, and the team saw success.

Hunnicutt was also influential in the school getting a field house.

Rex Littleton, who was an IHS assistant coach under Hunnicutt, said Hunnicutt set a work ethic that he expected his team to follow.

He said each practice Hunnicutt started by sharing a scripture verse.

“When he first came here, he didn’t ask the players to do more than he did,” Littleton said.

Littleton recounted how coaches, and even Hunnicutt himself participated in the warmup run.

“That was unusual to see a coach go out there and run with the players, but he did,” Littleton said.