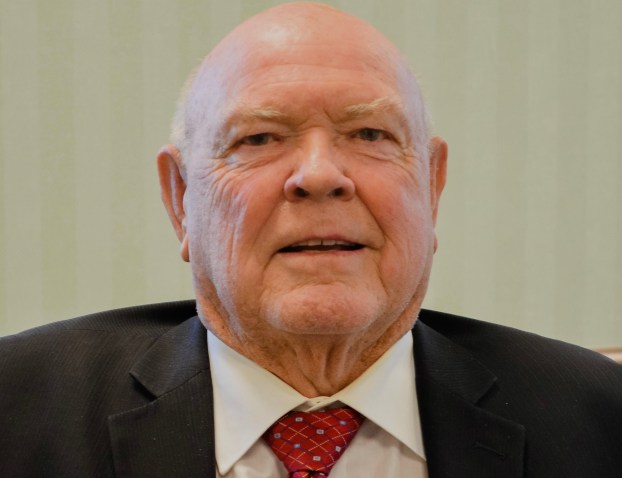 Sammy Wilson was in his third term on the Clanton City Council. (FILE)

Wilson had been in the hospital for nearly two months after being diagnosed with COVID-19 and experiencing complications and a heart attack.

Clanton Mayor Jeff Mims said Wilson had been unresponsive for about a week before he died.

“He was one of my very, very good friends,” Mims said. “I have known him all my life.”

Wilson will be remembered for his dedication to the residents of not only the district he represented, District 3, but the entire city.

Councilman Awlahjaday Agee said this was evident in the work he did to ensure that needed renovations to the Head Start building were completed to bring the building up to code.

“He was definitely a dedicated public servant,” Agee said

Mims said Wilson did more for the city than most people would know.

Councilwoman Mary Mell Smith said the city-owned shopping center Park Plaza had a special place in his heart, and he was instrumental in coordinating the initial remodel for Senior Connection.

“He was a dedicated public servant who started every day with a smile and a purpose of working to make Clanton a better place for everyone,” Councilman Billy Singleton said. “There was never any doubt when Sammy Wilson entered a room because he knew everybody and everybody knew him. Even on those difficult days when nothing seemed to be going as planned, a slap on the back, a smile and a laugh from Sammy Wilson would always make problems appear smaller and easier to solve.”

Wilson also served on the water and utility board.

Agee said Wilson was “very knowledgeable and very helpful with that” and gave a lot of insight during a sewer expansion project for the city. Smith said Wilson’s knowledge from “being a plumber and an electrician was invaluable to the city.”

“When I think about Sammy, I never saw Sammy without a smile,” Smith said.

“One thing I will definitely miss is whenever I would come in the room , or anyone really, he would say, ‘Hello, Darling,” Smith said.

“This city and its residents have lost a trusted friend, but we can take comfort in knowing that his spirit and memory will live on in the many lives that he touched,” Singleton said.

Wilson is the second Clanton elected official to die due to COVID-19 complications. Former Mayor Billy Joe Driver passed away from COVID-19 in 2020. Chilton County has had 59 confirmed COVID-19 deaths since the beginning of the pandemic.