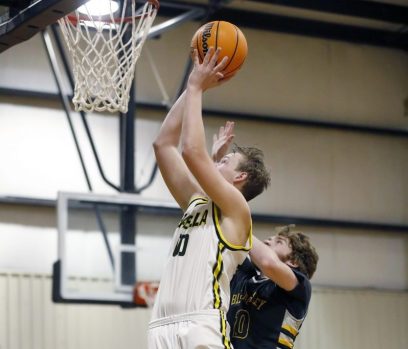 Isabella's Logan Murray drives to the basket for a layup. PHOTOS BY BRANDON SUMRALL/ SPECIAL) 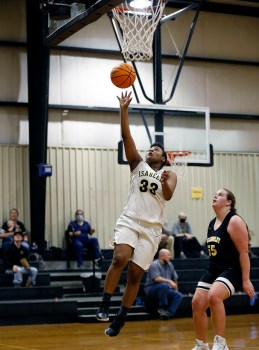 Isabella's Sadie Simon flies to the basket for a layup. 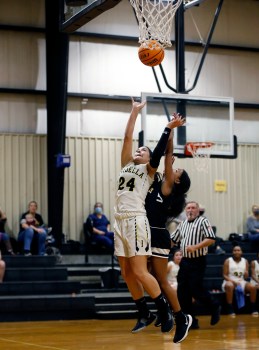 Isabella's Amelia Fjeldstad lays up a basket while drawing a foul. 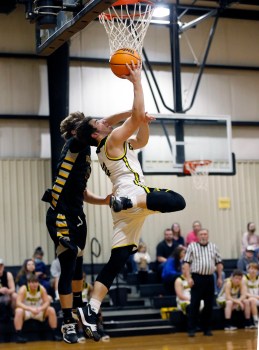 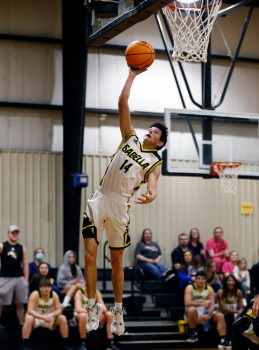 Isabella's Elijah Littlefield with a layup.

A Jan. 25 matchup between Isabella and Billingsley became a one-sided affair as both the Mustangs varsity boys and girls would win big 51-22 and 55-22.

A game opening three pointer by Anna Farris got varsity girls’ action underway and began a 10-0 run by Isabella that would eventually end with a free throw by Lisa Smedley. Amelia Fjeldstad added another three for Isabella and brought the first period to a close with the Mustangs up, 13-1.

Sontasher Parker started the second with a three for Billingsley but was answered with an old fashioned three-point play by Amelia. The Mustang lead grew to 18 midway through the period where a basket from Joanna Lundrum sparked another Isabella run of 13-0 to send the game to the half with the Mustangs sporting a 37-7.

Kayla Alexander would start the second half with three for the visiting Bears while Lisa Smedley would add another for Billingsley. Amelia Ballew and Sadie Simon answered for Isabella. With the addition of four more for Simon, the Mustangs took a 47-16 lead to the final period.

With a hot clock during the final period, baskets were few for both squads as just six points for the Bears and four for the Mustangs saw Isabella cruise to a 51-22 victory over Billingsley.

Amelia Fjeldstad and Simon each posted 16 points for Isabella while Smedley would lead the Bears with nine.

The Isabella varsity boys carried the Mustang momentum into the early moments of their matchup as five points by Austin Jones and four from Elijah Littlefield led a 15-0 run by Isabella to start the game. The run ended on a free throw from Levi Arrington but not before the Mustangs had posted 22 on the period on their way to a 22-6 first period lead.

A pair of free throws by Logan Murray got the second period started for Isabella and would kick start another 16-0 Mustang run. Mathew Shanholtzer put an end to the run with one from the charity stripe, but after two periods of play, Isabella held a big 38-7 lead.

The Mustangs extended the run to 20-1 thanks to a pair of baskets from Littlefield while Z’Iondre Tyus and Jeremy Carroll cashed in five points for the Bears. Five more from Arrington on the period allowed Billingsley to cut slightly into the Isabella lead, but the Mustangs would retain a 45-19 lead as action moved to the final period of play.

Again, a hot clock limited action during the final period of play but with 10 points by the Mustangs against three for the Bears, Isabella cruised to a 55-22 victory.