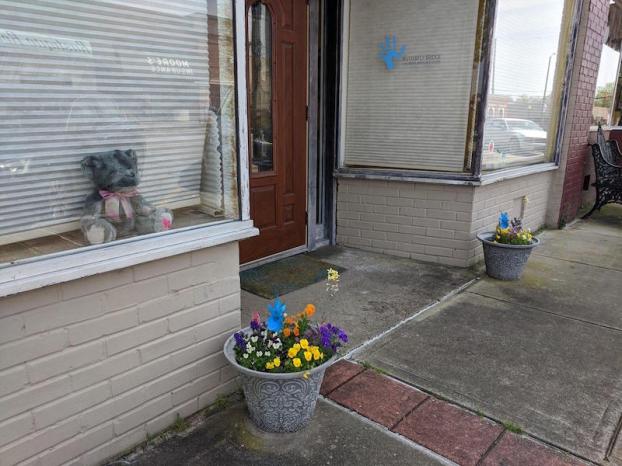 Butterfly Bridge Children’s Advocacy Center has run out of room at their current location.

Relocating to a building, currently owned by the City of Clanton, on Fifth Avenue is being discussed as a possibility.

The Clanton City Council heard a proposal from Butterfly Bridge during a recent work session. Butterfly Bridge leasing or purchasing the building was discussed, but details were not worked out.

Leaders are hoping to find “a forever home” for the organization. Jana Zuelzke, executive director for Butterfly Bridge, said they were open to discussing any options the city might offer.

The Clanton City Council is expected to discuss specific details at a later date.

Zuelzke said the organization has been in the community for almost nine years. She said the number of cases and children served in that time has increased significantly.

“We are out of space, and we have been for a while,” Zuelzke said.

Each day, there could be forensic interviews needed as soon as possible, in addition to already scheduled follow-ups and therapy sessions.

Staff offices, a conference room, medical room for cases needing it, separate waiting rooms for forensic interviews and therapy sessions as well as an outside area for group therapy are things that the organization would like to have in a new space.

Brittani Ellison of Butterfly Bridge said the conference room could be used for community training events in addition to training staff. She said separate waiting rooms would help give families some privacy.

With an addition, the city-owned house on Fifth Avenue could meet each of these needs.

Ellison and Zuelzke said the building is in good shape, but it would need to be upgraded to make the restrooms handicap assessible.

Ellison said a capital campaign would be held to pay for the addition.

“We would have a goal to have the renovation and expansion paid for within two years,” Ellison said.

Having a Children’s Advocacy Center in Chilton County keeps children who have been abused or witnessed a violent crime from having to go to Montgomery for services. Butterfly Bridge conducts forensic interviews with these children for the police department and the court system, helps these children them to prepare to testify in court if they need to as well as counseling for these children. This can be a multi-year process.

Zuelzke said when children had to go to Montgomery, many did not come back for the counseling sessions that help children heal from the traumatic event.

Butterfly Bridge is funded through grants, fundraisers and donations.

During the Clanton City Council work session, Clanton Police Chief Erick Smitherman highlighted how helpful it has been to the police department to have a Children’s Advocacy Center in Chilton County. He said it allows them to focus on the crime and gives the child someone better equipped to take care of their aspect of the situation.

Flick of the wrist: Disc Golf tournament sails into Clanton with 80 participants.