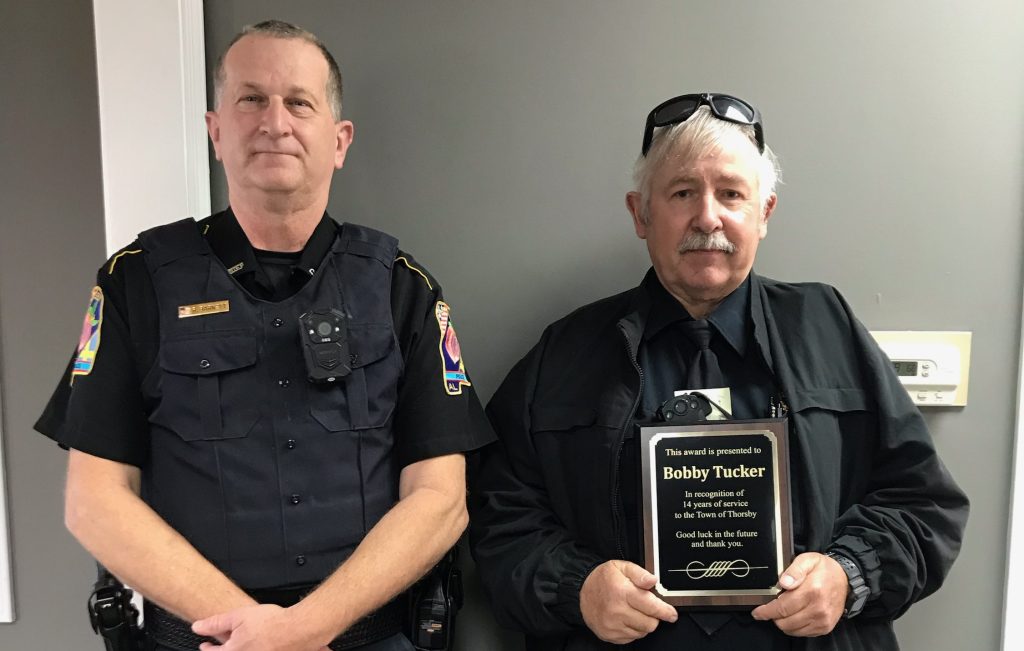 Bobby Tucker has retired from the Thorsby Police Department after 14 years.

Tucker served those 14 years as the town’s animal control officer. His last day was Jan. 15.

Although it is tough to lose a veteran officer, such as Tucker, Thorsby Police Chief Rodney Barnett was happy to have Tucker a part of the department for as long as he did.

“Bobby was always someone you could count on,” Barnett said.

Barnett passed along the news of Tucker’s retirement to the Thorsby Town Council during its meeting on Jan. 19.

The Council acknowledged the decade-plus of work he had given to the Thorsby community and wished him luck on his future endeavors.

Thorsby is not the only place he has served over the years in the northern end of Chilton County.

He retired in 2017 after 15 years as a member of the Jemison Police Department.

Tucker had also helped the Jemison and Thorsby Fire Departments in a variety of ways, including being Jemison Fire Chief from 1995 to 2009.

“His service will be greatly missed,” Barnett said.