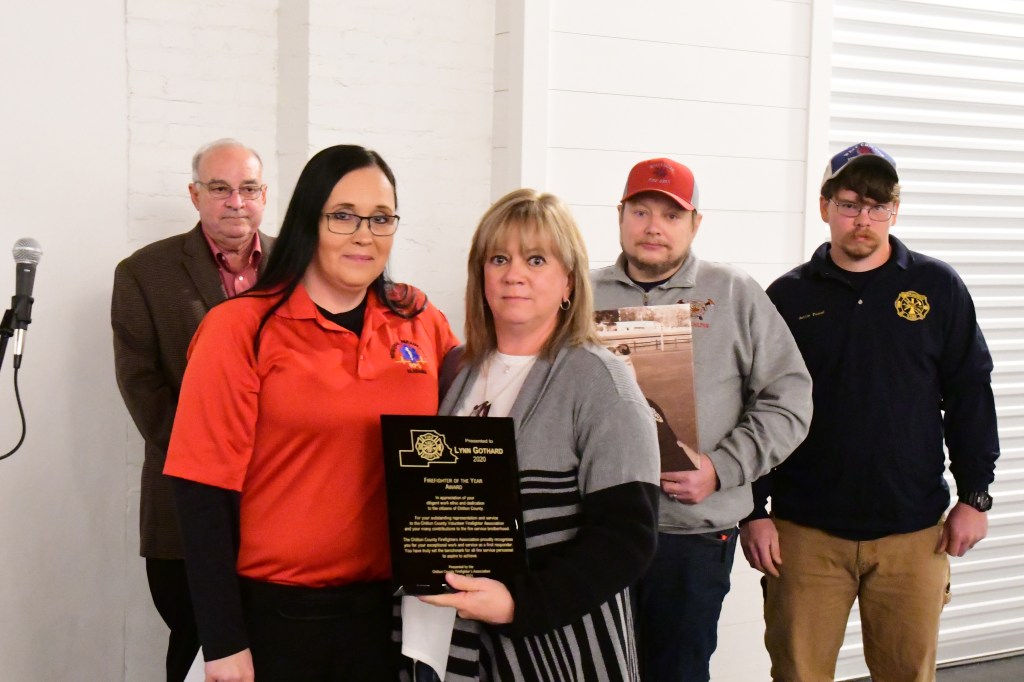 The late Lynn Gothard was named Firefighter of the Year by the Chilton County Volunteer Firefighter’s Association during its annual banquet on Jan. 15. (Photo by Anthony Richards)

The Chilton County Volunteer Firefighter’s Association handed out several honors during its annual banquet on Jan. 15, including its firefighter and paramedic of the year.

Lynn Gothard was named the association’s firefighter of the year, which was an honor handed out in memoriam of Gothard, who died in 2019 after years of service.

Gothard was a fixture at West Chilton Volunteer Fire Department for decades since he first began taking calls with his grandfather Howard Gothard in 1978.

He was known as “Uncle Leonard” by his fellow firefighters.

“The ones that knew him knew that he had a servant’s heart,” said Christy Holcombe, who worked with Gothard at West Chilton Fire Department.

However, he is best known for his time at West Chilton, where he spent 41 years, including time as chief of the station.

According to Holcombe, he was a great leader because he was firm, but caring at the same time. She appreciated that about him.

“He always held us to a higher standard,” Holcombe said.

Even after Gothard was diagnosed with cancer, he continued to visit the station regularly and offer advice to anyone who needed it. 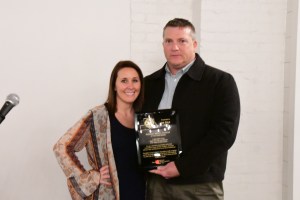 Joe Cole was named EMT of the Year by the association. (Photo by Anthony Richards)

“He left behind a huge legacy of leadership,” Holcombe said.

Joe Cole of Fairview Volunteer Fire Department was named EMT of the year.

Cole has been a member of Fairview since 1992.

“Volunteers are getting very scarce today,” Association President Butch Billingsley said. “We are fortunate to have as much as we do in this country.”

Goree served as chief at Verbena Volunteer Fire Department and was an active member of the county association before his death on March 2, 2019. 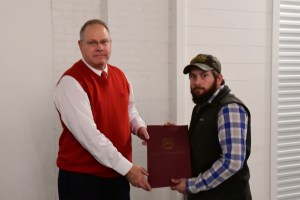 Billingsley thanked everyone that came out to attend the banquet for their service and commitment to Chilton County.

“It takes all of us in this room to make this thing turn,” Billingsley said. “We all have a part in it.”