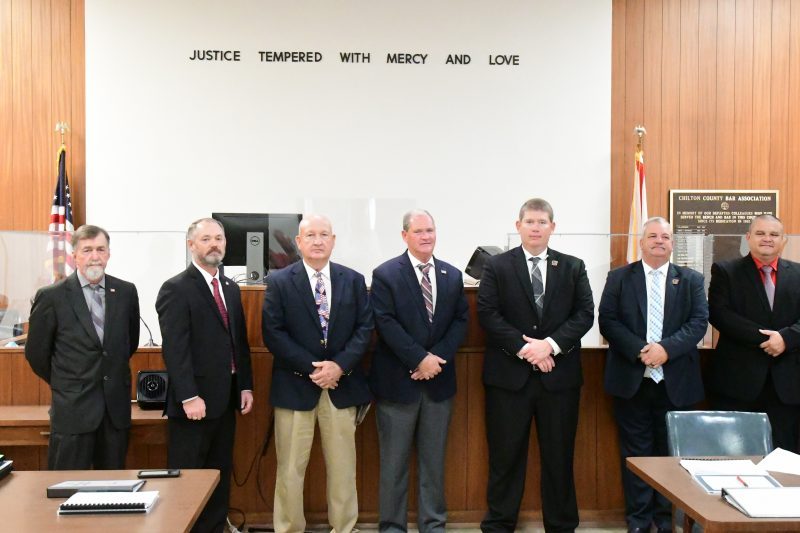 The Chilton County Commission agreed to have the chairman and administrator sign a timber license agreement prepared by the Chilton County Industrial Development Authority and its attorney during its meeting on Jan. 12.

Commissioner Matt Mims presented the agreement to the Commission, and it was unanimously passed.

The agreement gives the IDA the ability to sell any timber cut while clearing the property of the future site of the Alabama Farm Center at Alfa Centennial Park.

Timber sold by the IDA will be on behalf of the commission.

Now that the agreement is finalized, the next step will be the process of accepting bids from companies to do the work associated with clearing the land.

Regarding the pandemic, Commission Chairman Joseph Parnell informed his fellow commissioners that the next wave of money the county was expecting to further help with measures against COVID-19 has been redirected by Gov. Kay Ivey to the state’s department of labor.

“That money is no longer available,” Parnell said.

Parnell stated that although the future looks promising with vaccines now being produced, he believes it is also important to realize that the virus has not yet been beaten and assistance with funding is still vital for counties across the state.