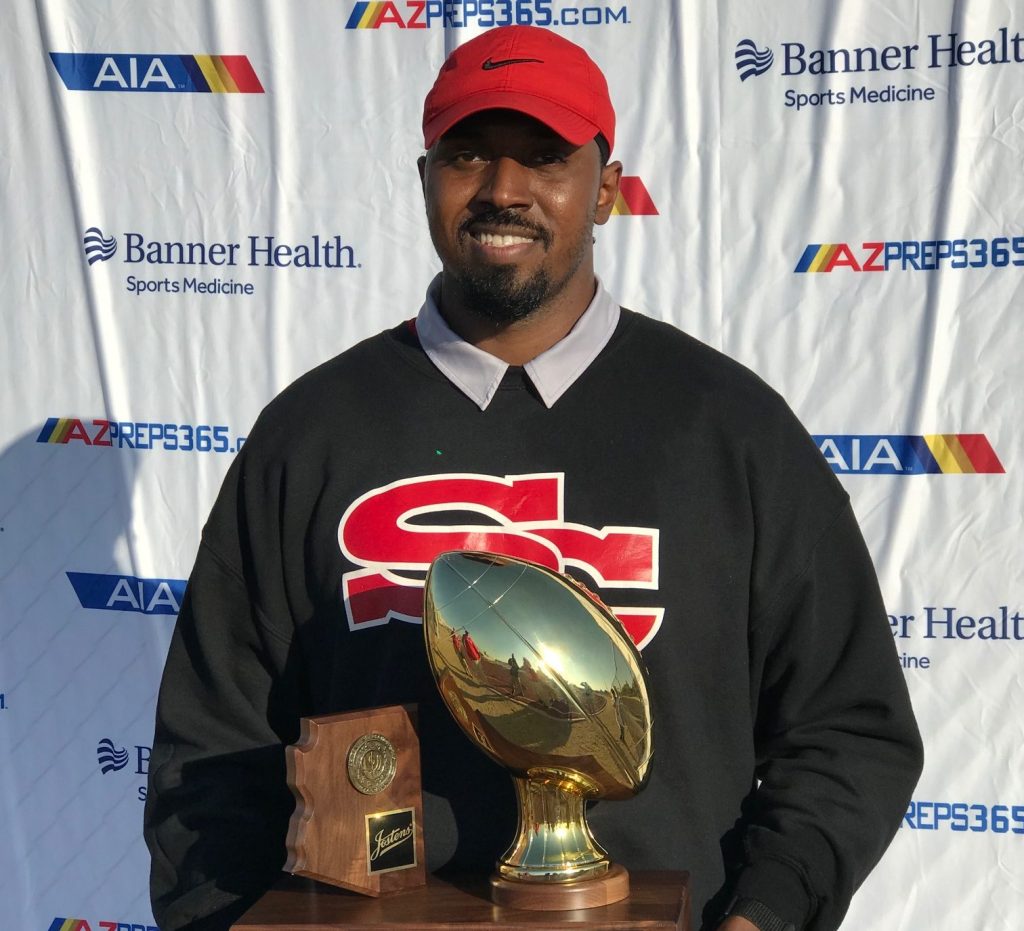 Maplesville High School is known for producing champions on the football field, and for some that tradition of winning carries on even after their high school days are over.

Rishard Davis graduated from MHS in 2003 and recently won his first state championship as a high school head coach in Arizona.

Davis is in his seventh year at Santa Cruz Valley, which defeated Benson 42-7 to win the 2020 Arizona Class 2A State Championship.

The bright lights of playing for a championship was nothing new to Davis, who had led Santa Cruz to a state title game previously but lost in overtime.

Arizona via Alabama is not a typical route that people take, but for Davis it has been the right one.

He enjoyed the atmosphere and way of life in Arizona dating back to his time there as a walk-on football player after graduating MHS.

However, Davis ended up coming back to his home state and finished his college career playing football at Huntington College in Montgomery.

There was something about his time in Arizona that he enjoyed and had always hoped for the opportunity to go back.

“I really liked it when I was out there,” Davis said. “I met some of my closest friends and mentors when I came to Arizona.”

His parents are still active members within the Maplesville community, including his father Richard Davis, who is a Maplesville town councilman.

According to Richard Davis, his son always aspired to be a coach one day even as a player, and hearing about him winning his first state title made him a proud parent.

“He’s actually always wanted to coach on a higher level, at the college level,” Richard Davis said. “This is where it starts, and if he keeps winning at the high school level, he’ll make it.”

Rishard Davis credited the time he spent playing under Jim Hubbert for giving him the urge to try his hand at coaching.

“He was tough on us, but he loved us at the same time,” Davis said. “He taught us resiliency for sure. I’ve taken what I’ve learned and adapted it around my own style.”

The support from his parents has always been there, even after he made the decisions to live in a different time zone and far from the south.

“The ball is in his court,” Richard Davis said. “I have never been one to tell him. I would always go with it if it was something he wanted to do.”

However, there was one thing that his dad preached at a young age that has stuck with Rishard over the years.

“Quitting is not an option,” Richard Davis said. “If you sign up, you’re going to play all the way through. He has always kept up with that, and that’s the attitude you’ve got to have.”

This was the first year that Rishard Davis’s parents did not make the trip out to Arizona to watch their son coach a game, after they decided it was better to not make the trip with the coronavirus uncertainty.

However, Rishard will now have a state championship trophy to show them the next time he sees them in person.

“We’re all striving for the same thing,” Rishard Davis said. “You’ve got to have persistence and self-confidence. If you don’t believe in yourself, it’s hard to have success.”