Isabella’s Wilson is 2020 Volleyball Player of the Year 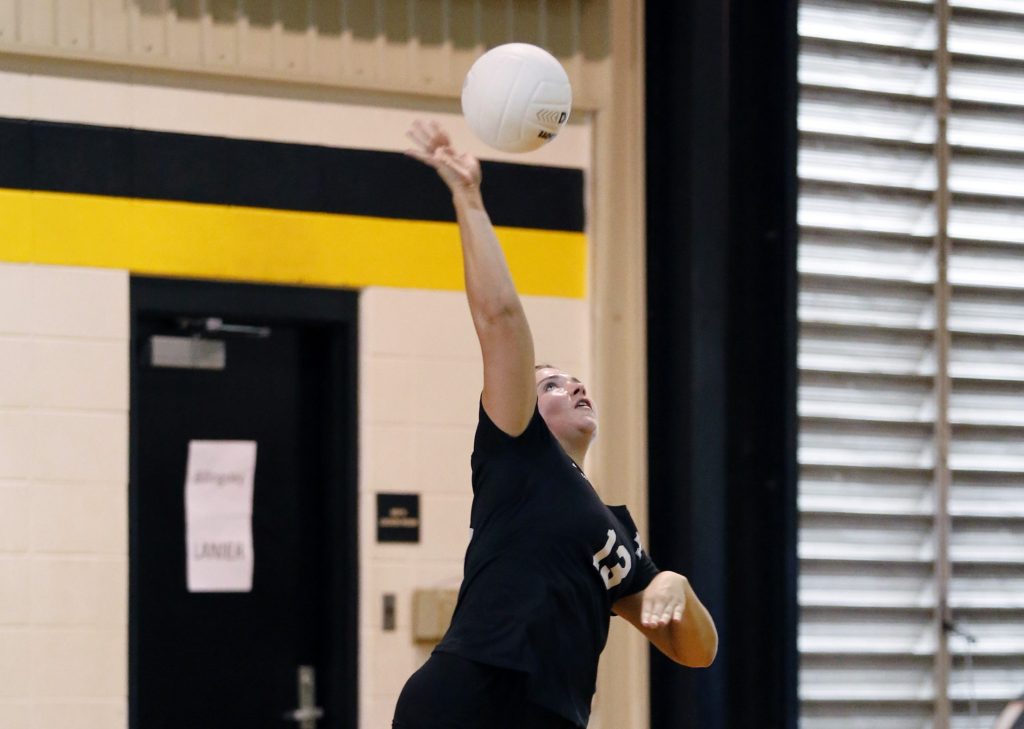 Kristin Wilson of Isabella was named The Clanton Advertiser’s 2020 Volleyball Player of the Year. (Photo by Brandon Sumrall/Special)

Kristin Wilson proved to be a leader on and off the court for the Isabella volleyball team en route to being named The Clanton Advertiser’s 2020 Volleyball Player of the Year.

Wilson is just the latest of many Isabella volleyball players to have been named player of the year in the past decade. A list she is honored to be a part of.

“I’m grateful, because I’ve looked up to the people that have had it [player of the year award] before,” Wilson said. “Those were who I interacted with coming up and they are the reason I am here today.”

According to Isabella head coach Glen Graham, she proved to be one of the team’s reliable leaders and backed it up with excellent play as well.

Wilson has been playing in the Isabella volleyball program since seventh grade.

However, at the time she had no idea that she would have grown into the type of volleyball player she is today, especially since most people think of her as a softball player first and foremost.

The reason Wilson initially tried out for the volleyball team in seventh grade was because of a deal she made with another girl that if Wilson tried out for volleyball, they would in turn try out for softball.

“I started playing volleyball and realized, ‘hey I like this,’” Wilson said. “It teaches me different things than softball does.”

One of Wilson’s personal goals heading into the season was to be a better leader and work on getting to know her teammates even better.

“The more relationships I can build, the better,” Wilson said.

The result was a tight knit team chemistry that led to an undefeated record against county teams, a county championship, area championship and a trip to the Sweet 16, where the Mustangs fell one set shy of advancing to the state tournament.

“What I loved about this team was that we never argued or bickered,” Wilson said. “We just clicked.”

According to Wilson, ending the postseason by losing in five sets after leading in the final set, still stings weeks later and she expects that to be the case until the first day of tryouts for next year’s team.

“This year stung the most, because I didn’t come out one point and played the whole time,” Wilson said.

Another memory she will never forget from her junior season was Isabella’s defeat of Chilton County High School to win the county volleyball tournament.

It was a day full of emotions as the team achieved their annual goal of winning the county but in the process lost senior captain Brooke Johnson to a season-ending injury.

Looking back, Wilson believes that tournament showed the resilience that the 2020 squad had.

“When Brooke got hurt, it just knocked us down and we didn’t know what we were going to do,” Wilson said. “Once we took a minute to regroup ourselves, we realized that all we had to do was play our game and win it for her. We didn’t let our emotions get the best of us.”

According to Wilson, she feels her communication is key to her game and to Isabella’s success on the volleyball court.

“Yes, I’m a good hitter, yes, I can pass and yes, I can serve, but at the same time if you don’t communicate you’re not going to get where you want to be as a team,” Wilson said.

She believes that she is an example that the program is at the point where it has created a pipeline of success that is understood and appreciated from the varsity level all the way down to the middle school team.

“We know we need to help the younger ones, and if we’re at practice we’ll get out there and help them and give them pointers,” Wilson said. “They love it and feed on it.”

Wilson finished the season with 107 kills, 92 digs, 43 aces and 18 assists. She is one of six Mustangs on the 2020 All-Advertiser volleyball team.

“You’re practicing against some of the best players in the county,” Wilson said. “It’s fun but also hard.”