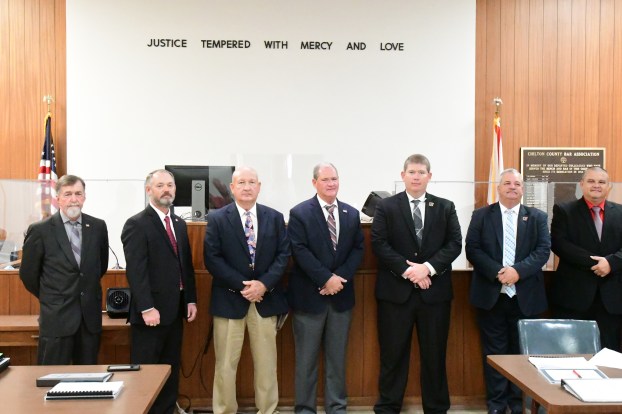 The Chilton County Commission hopes to have the new air filtration system in place by Dec. 30. (File photo)

The Chilton County Commission continues to look into ways to best kills germs and in turn keep its employees and residents healthy during the current pandemic.

As a result, the Commission approved using AgriClean to install a CASPR (Continuous Air and Surface Pathogen Reduction) system in seven county buildings.

The resolution only goes into effect after the county attorney looks over and approves the makeup of the contract of terms.

Commissioner Joe Headley abstained because he was not sure about it and Commissioner Matt Mims was absent from the meeting.

AgriClean presented its plan to the Commission during its work session on Dec. 22, but did not have a contract drawn up at that time.

One of the primary points of emphasis was that the Commission made it clear to AgriClean that the system would have to be fully installed by Dec. 30, because that would allow the Commission the opportunity for reimbursement of the expense as part of the Cares Act.

The reimbursement is not guaranteed, but if the installation is not completed prior to the deadline then they would not be able to even file for reimbursement.

According to the AgriClean website, the CASPR system is designed to disinfect the air and surfaces of an area throughout the day using an all-natural product.

“This is technology that came about in hospitals,” AgriClean owner Terry Tucker said.

According to Tucker, the system produces hydrogen peroxide gas that helps clean the air.

It is designed to hook into a building’s already existing ventilation system.

“As long as you have air going through your HVAC system, the CASPR is working,” Tucker said.

Tucker assured the Commission that the system is proven to kill several forms of bacteria and germs that lead to viruses, including COVID-19.

The system has a two-year warranty and a life expectancy of eight to 10 years.