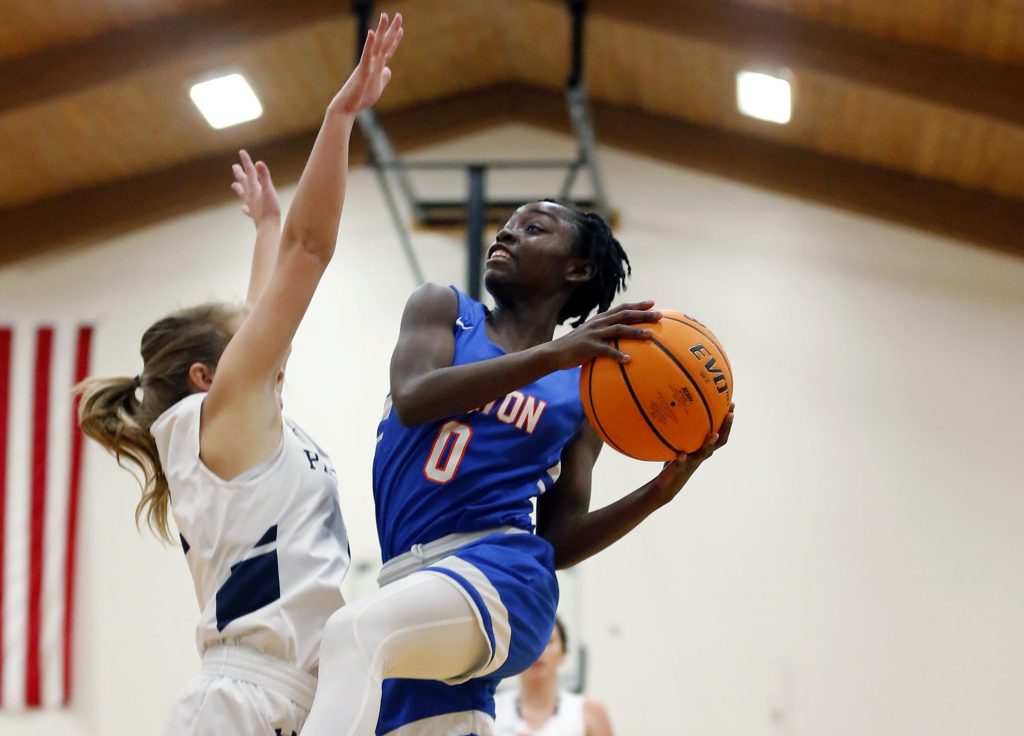 Iasia Anderson continued her torrid scoring this season with a school record 40-point performance during a 71-62 loss to Stanhope Elmore on Dec. 18.

According to MaxPreps, Anderson is leading Class 6A with an average of 22.8 points per game.

What makes the feat even more impressive is that she is putting up such stats as an eighth grader at the varsity level.

Against Stanhope Elmore, Anderson scored seven points in the first quarter, 14 in the second, six in the third and 13 in the fourth en route to her record-breaking night.

She also found various other ways with impact the game and finished with eight rebounds, five assists and five steals.

Despite the loss, CCHS had a lot to take away from the game, especially on the offensive end of the court.

The Tigers led 31-28 at halftime, but lost their grip of the lead once Marlie Giles began dealing with foul trouble.

Giles committed her fourth foul with about six minutes to play in the third quarter.

Without Giles in the game, Stanhope Elmore went on a 14-7 run and played from out front the remainder of the contest.

When Giles was on the court, she made an obvious difference and finished with seven points, 10 rebounds and two steals.

On the season, Giles is averaging a double-double with 10.5 points and 10.1 rebounds and is quite the obstacle down low for opponents.

Her presence in the paint accompanied with Anderson’s guard play has been a potent mix and one of the major reasons why the Tigers are 6-4.

Kelsey Cleckler was a facilitator with the ball in her hands on the night with a team-high six assists to go with three points and two steals.

CCHS head coach Paul DuBose credits his team’s recent uptick in offensive production to the fast pace style of play and suffocating defense, which the Tigers can play due to a constant substitution pattern that keeps players fresh throughout a game.