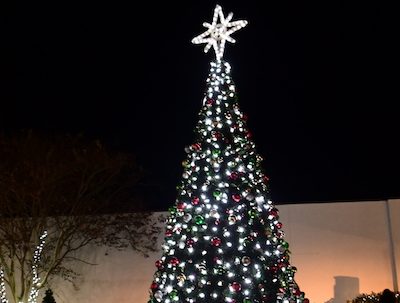 Strolling along Second Avenue North on a cold winter morning I am reminded of the words of the 1951 Perry Como hit song, “It’s beginning to look a lot like Christmas.”

Passing the newly decorated Christmas tree at Corner Park, past store fronts adorned with festive window displays; listening to the sound of the Burl Ives rendition of “Rudolph the Red Nosed Reindeer” being broadcast from City Hall, I find myself filled with the anticipation and excitement of a child at Christmas.

Growing up in the 1960s, one event more than any other always signaled the official start of the holiday season — the highly anticipated arrival of the Sears Roebuck Christmas catalogue, a 500-page shopping experience that predated Black Friday trips to the mall. Word of the receipt of the first catalogue by mail would spread like wildfire throughout the community and would eventually become a day more eagerly anticipated than the annual Thanksgiving Turkey Dinner at the elementary school.

Sitting with my brothers in front of the fireplace creasing the corners of pages in the toy section of the catalogue that represented our choices to be included in our letter to Santa was every bit as exciting as Christmas Eve. Even though our many choices always exceeded Santa’s budget, it was a magical time of choosing the perfect gift, only to find a better one on the next page.

Like other families in small towns throughout Alabama, our Christmas shopping experience consisted of a Saturday morning spent at the V. J. Elmore 5¢ and 10¢ Store. For a child, a trip to the Dime Store was like visiting Santa’s workshop, where five dollars earned gathering and then selling pecans at the local feed store would purchase quality gifts for both parents and siblings.

My gift list always included a box of Brach’s Chocolate Covered Cherries for my father. Knowing that he didn’t particularly like cherries ensured that I would be able to more fully enjoy the fruits of my labor (no pun intended). For my mother, it was always a Simplicity dress pattern; selected only by the image on the cover, with no consideration given to size or style; an oversight that always meant a return trip to the Dime Store to exchange it. Although Simplicity dress patterns were considerably more expensive than chocolate covered cherries, I always felt that my mother deserved only the best for Christmas.

Gifts for my brothers were less of a quandary as the amount of money remaining dictated the selection. However, it was essential to remember that the cost of a vanilla coke from the local drug store had to be deducted from the money I had remaining before any serious consideration could be given to their gifts.

An unwritten rule of childhood is the sincere belief that going to bed early on Christmas Eve will shorten the span of hours spent in anxious anticipation waiting for Christmas morning. Lying in bed counting the minutes until sunrise, with each tick of the clock seeming to represent an eternity and every unidentified sound signaling the arrival of Santa Claus, was my first realization of the true length of a lifetime.

All too soon, the big day would pass and the countdown until the next Christmas would begin anew. Soon the city streets and store fronts would be devoid of decorations, much like leaves falling from the trees signal the arrival of the cold and dreary winter months. With the passage of years, this cycle would come to represent not only changes of the seasons, but changes of the seasons of life as well.

By JOYANNA LOVE/ Managing Editor Many would describe 2020 as gloomy and are looking forward to the excitement of Christmas... read more